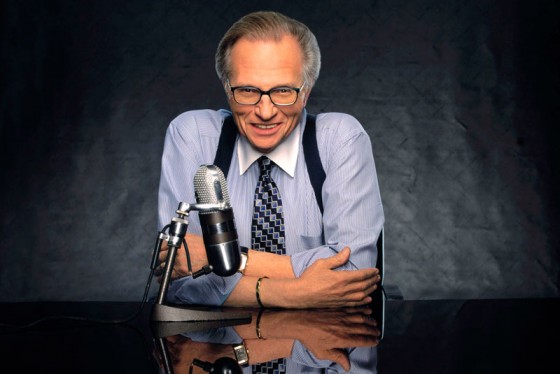 Is it possible to stay married to Larry King? History (and probably science) says no, but philosophical conjecture says hells yes. The problem with Larry’s previous seven wives? They all lacked certain qualities and prerequisites conductive to Larry’s goddamn that’s a huge forehea–wait, what was I talking about? Oh yeah, here’s a list of women who each embody a certain trait that would be compatible with the glory that is Larry King.

1. She must be so nagging, neurotic, and irritating that only Larry’s indefatigable cock can offset her.

2. She must also be married a bunch of times…and crazy.

3. She must similarly be able to remember a time before electricity and the internal combustion engine…and crazy.

4. She must be inexplicably attracted to older men, like almost twice her age.

5. She must be similarly able to convince people she’s way smarter than what she is by just putting on a pair of glasses.

6. She must be thoroughly immersed in the art of greasing an old man’s weasel…and crazy.

Nominee: The ghost of Anna Nicole Smith. What? You’re saying you doubt the metaphysical irreversibility of the afterlife can contain her rapacity for denture cream and super-charged boner pills?

7. She must be desperate for a little cash & stability…and crazy.

8. She must be more silicone than actual sinew, lest Larry ever wants to get freaky or she harbors any phobias about wrinkly skin, she won’t feel a thing.

9. She must be used to being wedded to a dude who’s been in more hazardous waste than Captain Pollution.