The Nostalgia of Nintendo Power 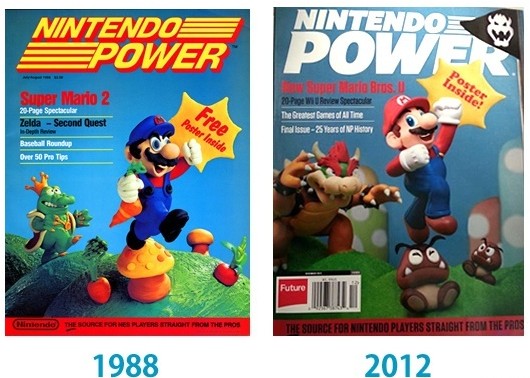 There are moments that make older men unusually weepy when younger men shake their heads not knowing exactly what an event signifies. The last issue of Nintendo Power (December 2012, Issue Number 285) is just one of those events. Of course, many of the grown men crying about this no longer have their Nintendo Power subscriptions, but believe us… it was a seminal part of our youth.

Back in the day, Nintendo Power was not just the coolest magazine concept of all time, it was practically a validation of our existence. You could argue that Nintendo Power was nothing more than an eighty page glossy commercial, There are two counter points here. First of all, what is not? Second, it didn’t matter because it let us out in geekdom know that their were others out there like us. 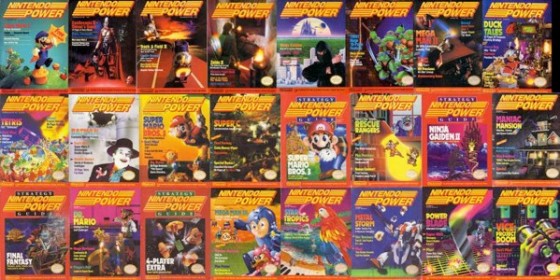 Nintendo Power, these days, is like a lot of different things going by the wayside. The magazine industry itself is wasting away due to the proliferation of websites and the internet. Magazines are slower and take time to come out. When you can read things daily, the cutting edge newness of a magazine loses its edge. Magazines are also expensive to mass produce and rely on sales of advertising to get to the local news stand or bookstore.

In the days before the internet though, the specialized updates of the magazine was for only those who paid for them. The news was new whenever you got a hold of it. The cheat codes were for you and not for your friends. If you walked into someone’s bedroom, then you knew who they were by their magazines. Among people with stacks of Nintendo Power, there was a kinship and a brotherhood that this gaming phenomenon was not strictly for babies. 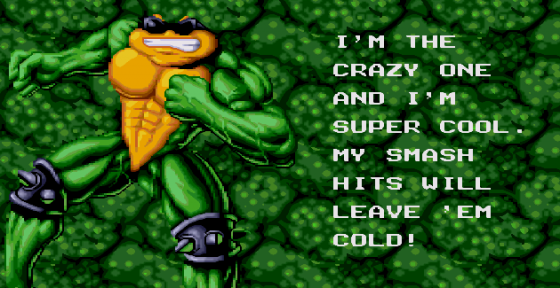 If you look at this picture and say “Battletoad,” then you share my sadness. If you said Teenage Mutant Ninja Turtle… then you are probably reading this just to see what the article was about.

They may or may not have even played the few games featuring the characters. It was all symptomatic of the hoarding for later riches philosophy held by many kids in the 1980s. Keep in mind, we were saving for eBay before eBay even existed. We did not even know who or how we were going to sell our valuables to. We just knew that we were going to sell them. Finding the next Turtles created a pre-teen speculation market, and Nintendo Power was supposed to be our inside information. For all of this, much of the blame falls on Mark Hamill.

Yes, Mark Hamill was Luke Skywalker. Kids in the 1980s were obsessed with the future value that the Toy Hunter show would praise. Much of that future value came from toys like Star Wars. If you could get in one something like Battletoads in the cheap ground floor and keep everything in mint condition, then you could buy a truck when you were 16. After all, every single one of our parents lamented that very thing about their thrown away Superman comics.

Trouble was, the nostalgia market was fueled by scarcity as well as passion for the said item. Our parents’ stuff would have been valuable precisely because so much of it had been thrown away. Mark Hamill again was there to show us the way. Hamill appeared in an episode of Amazing Stories (it was a TV show in the 1980s) called Gather Ye Acorns. In Gather Ye Acorns, Hamill played a man told by some sort of dwarvish imp to keep all his stuff. The kid does and spends decades wandering the wilderness with his toys and comics. 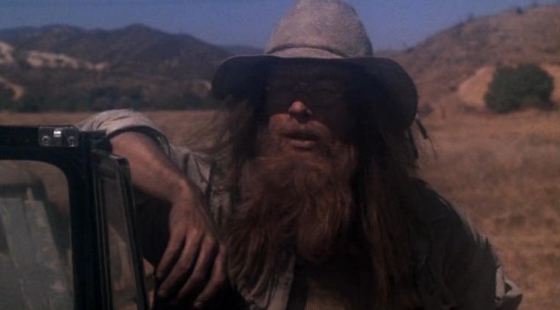 Seriously, who would not want to be that guy? Ultimately, the market was over saturated and most of the copies ended up no where. Nostalgia then came from growing up with a carefully packed mint condition copy of Irradiated Black Belt Angst Ridden Hamsters #1 that you mowed everyone’s lawn for the forty bucks to buy. It wound up being worth nothing and some people now want to classify hoarding as a mental illness, but they weren’t…like…there…man.

It wasn’t about the four bucks that you ended selling the issue for on eBay. It was about the years of care, planning, and love. You were preserving your childhood. That childhood for many over thirty was directed as well as tipped off by the only magazine that was ever for us. That magazine was Nintendo Power. Nintendo Power was the magazine that gave us Battletoads, cheat codes, a general idea of the business of moving unit as well as snippets that Silver Surfer was coming to your Nintendo system.

Nintendo Power would also later let you know that you could waste most of your youth and never actually conquer Silver Surfer. So, upon finding out about its cancellation, grown men will now weep and perhaps even run out to but the last issue of Nintendo Power. These are the same guys who let their subscriptions run out sometime back in 1993.