Media > Music > Who Sings the Best Version Of ‘Not Fade Away’?

Who Sings the Best Version Of ‘Not Fade Away’? 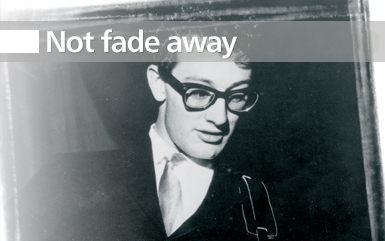 Buddy Holly’s “Not Fade Away” is one of those songs that every other artist thinks they need to cover. But some of the better bands have covered this song as well. Now, everyone knows that Buddy Holly looks like a nerd, so by default his version of the song must suck, so let’s look at every version (that I could find) and vote on who sings it the best.

First, the original, by Buddy Holly

UPDATE: I could not find the correct video and mistakenly put this one here instead! Ooops. Still, you can vote for Diddley at the bottom.