Humor > News > Obama Due To Die Within Two Weeks

Obama Due To Die Within Two Weeks 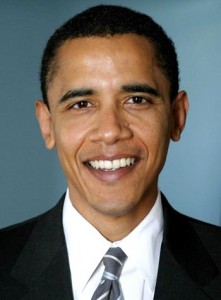 Unsurprisingly, a bunch of German psychics have recently admitted that none of their 140 predictions for 2009 came true so far, and unless the world goes absolutely nuts in the next two weeks, we’re going to go ahead and predict none of this shit is going to happen.

On the list of predictions, they included two major terrorist attacks in Berlin and Frankfurt and the assassination of US President Barack Obama. The only thing they got right was the death of Michael Jackson, but that doesn’t count considering they’ve been making that same prediction for years.

Of course, while nothing came true, their list of predictions contain a certain touch of, well, predictability. Terrorist attacks do happen and chances are there will be more major terrorist attacks in the future, celebrities are constantly killing themselves and as for Presidential assassinations? Well, let’s just say presidential assassination attempts are anything but uncommon. The only reason this list failed was because they became too specific when they should have gone with the vagueness that comes with most horoscopes. And now, on a completely unrelated note, here’s Gunaxin’s foolproof list of predictions for 2010: