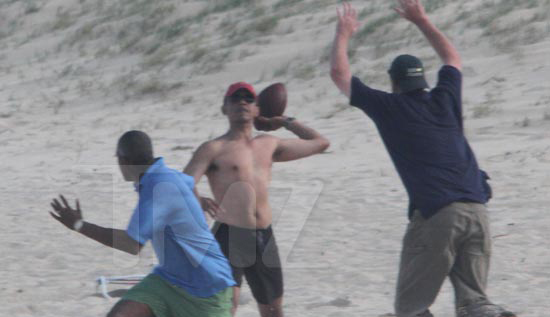 Those intrepid TMZ paparazzi captured President Obama tossing the ol’ pigskin around while vacationing in Hawaii last weekend. Donning nothing but a red cap and baggy shorts, the commander-in-chief of quarterbacking put on his own personal combine workout with several NFL scouts lurking in the sand dunes nearby. 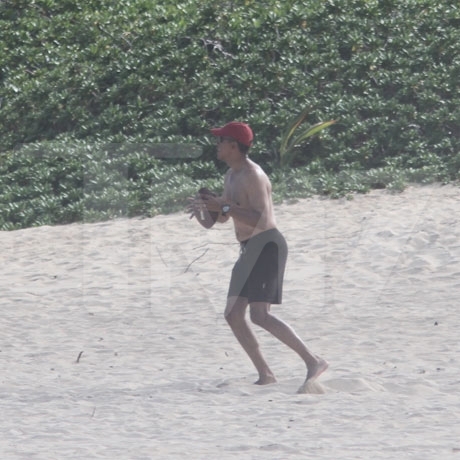 McTangible: I’m seeing a lot of positives here. His footwork is excellent. Ball is in the proper position at mid-chest, shoulders are square and head is up, looking downfield. I would suggest he invest in a leg press though. Those calves are scrawny. 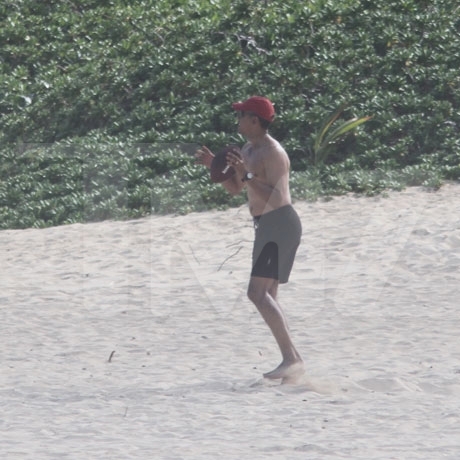 McTangible: I’d prefer his feet to be further apart here, but the ball is still in a good position. He stands tall in the pocket and appears poised. 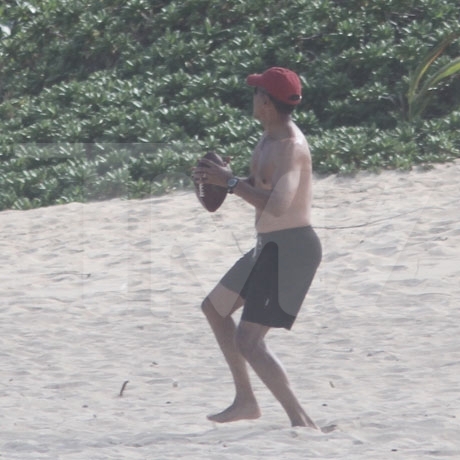 McTangible: He’s leaning too much on his back foot. That right leg needs to be in the ground or the throw will lack velocity. Ball should be a touch higher too. 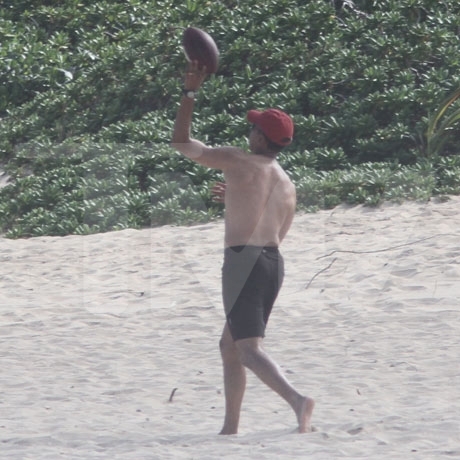 McTangible: Gets a good shoulder turn, releases the ball at its highest point and follows through nicely. Lead foot is aimed at the target. Overall, a solid, not spectacular throwing motion. 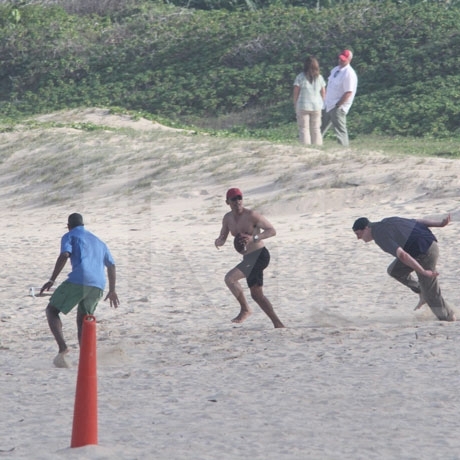 McTangilble: Really shows off his athleticism here. Escapes the pocket and keeps looking for an open receiver. You can’t teach that. You either have it or you don’t.

McTangible’s Grade: Must add muscle to his lower body. Technique is a bit sloppy, but proper coaching will fix that. Footwork needs polish. Average arm strength. Displays excellent mobility and vision. Is a hard worker. I’d give him a B-. Developmental quarterback with starter potential.