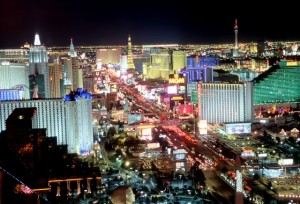 I have lived in Sin City for more than 15 years. Sin City is a place painted with glamours, excitements, extraordinary behaviors of people (whether acceptable or unacceptable behaviors), etc. I am not a democrat myself, and I am not a republican either. However, I support President Obama’s statement, in which he stated, “You can’t get corporate jets, you can’t go take a trip to Las Vegas or go down to the Super Bowl on the taxpayer’s dime.” The statement consists of a great level of ethics.

I presume that the majority of us should be educated in a way which morales and ethics are emphasized. Las Vegas is known as a place for entertainment, and entertainment is paid by and should be paid by disposable income. How is it justifiable for Person A to have great fun on Person B’s expense (sometimes this may not even work in a marriage)?

Oscar Goodman, the Mayor of Las Vegas disagrees, and believes the city is owed an apology:

What’s a better place, as I say, than for them to come here? And to change their mind and to go someplace else and to cancel and at the suggestion of the president of the United States, that’s outrageous. That’s outrageous, and he owes us an apology. He owes us a retraction.