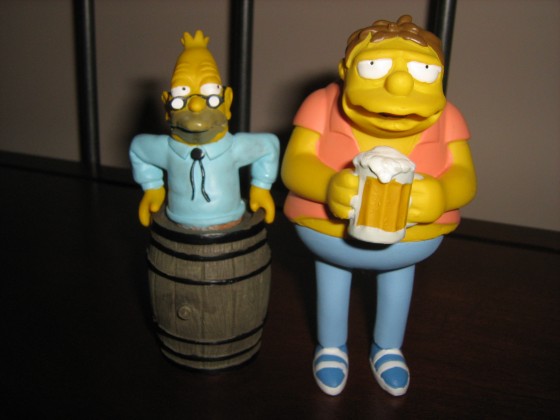 Back in 2003, while walking the streets of London, I stumbled drunkenly into a 99 pence store and found something cool. It was The Simpsons hand painted Barney Gumble Bottle Opener, and the Grandpa Simpson Wine Stopper. I bought all that I could (seems that nothing in London is cheaper than 99 pence), and I brought them back to the United States.

I lost some of them after my home burned down (D’oh!), but I’m lucky enough to still have a couple of them. When I looked to buy more of them online, the price wasn’t anywhere close to 99 pence. They went anywhere from $15-$50. And that was only if I could find them. Quite a markup from 99 pence. Years later, I looked again for these elusive British-made Simpsons barware. At some point, pewter versions were made, which you can see below. 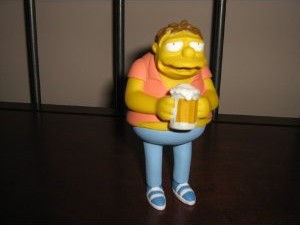 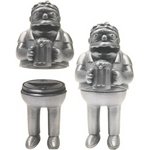 I own this one (the hand-painted one) and I would never actually use it as a bottle opener because it feels as if it would break if I applied any pressure. Instead it sits comfortably on my shelf, where it could still break if someone lifts it without knowing that the top comes right off. 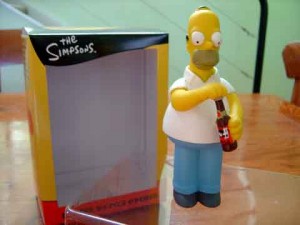 I’m fairly certain that the Homer bottle opener is just like the Barney one. 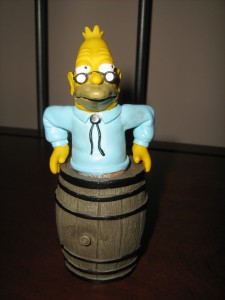 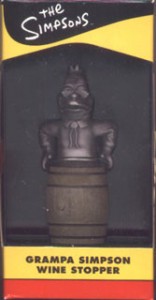 I’ve actually used the Grandpa Simpson wine stopper! His bottom half is cork which fits snuggly in the barrel. 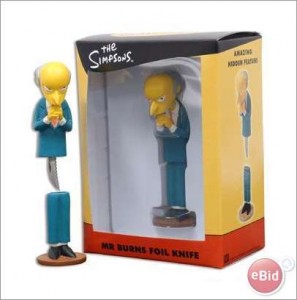 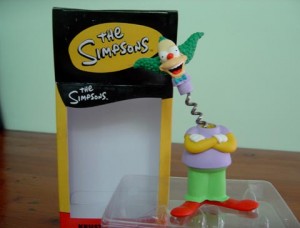 Considering that Homer and Krusty have the same exact body shape, it’s somewhat surprising that he’s a cork screw instead of a bottle opener. Then again, the bottle opener isn’t ideal to use with these figures.

I tumbled upon these while searching around, but it’s difficult to find a place that sells them, at least for a decent price. Once in a while they wind up on eBay for steep prices. 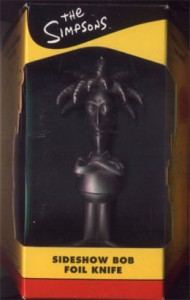 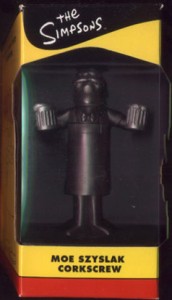 Also, be sure to check out Gunaxin’s Fun With Duff Beer.