Chad Ochocinco (Johnson) promised a Lambeau Leap if he scored a touchdown today, and he has delivered. Apparently not all in Green Bay were willing to welcome him with open arms into the stands. Fox just cut in to show the highlight of the touchdown, but would not show the replay of the leap, due to this :

The NFL has some better quality video, including the Finger, but won’t allow embeds. Here are some sweet stills: 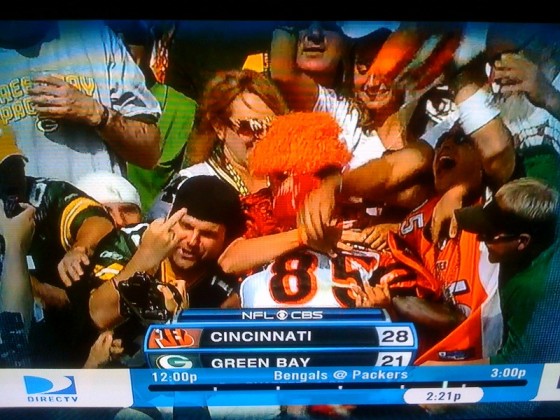 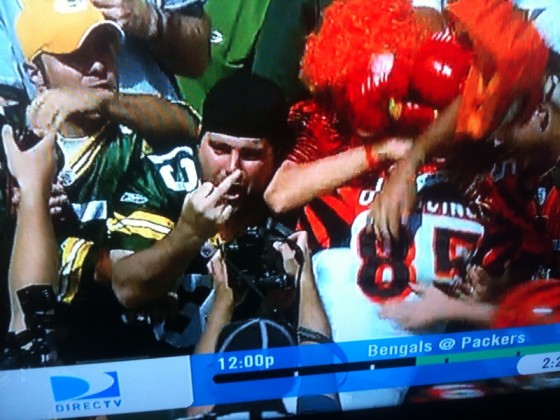