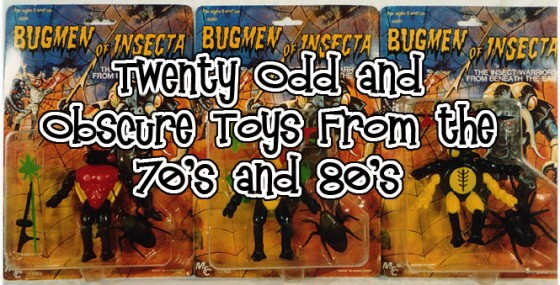 One of the most defining memories of any person’s childhood is their accumulation of toys. Whether it’s teddy bears, Star Wars toys, or LEGO sets, toys were what marked every Christmas, birthday, and allowance-earning all through youth. Bedrooms were chock full, playrooms were stuffed to the rafters, and backyards were overflowing with gotten and forgotten toys from past purchases and often left to bleach in the sun, get eaten by the couch, and fall prey to unscrupulous lawn mowers. Well, however you recall your childhood’s mass toy collections, we all, at one time, had a toy or two that no one else had. A toy so bizarre that it either made you the coolest kid on the block, or the biggest goof with a toy no one wanted. Whichever side you occupied, sometimes you long for the days when you were secretly proud to be the one and only owner of that one special toy. So here’s twenty of the oddest and most obscure. See if one of these rings a nostalgic bell and make sure to vote for your favorite. 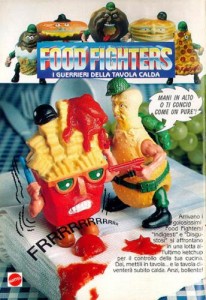 Combining the best of throwing food and gathering an army, Food Fighters were food-themed (and shaped) warriors with equally ridiculous names. They hit stores in 1988, and the concept of choking a chicken was forever changed.

With names like Blighty, Mega Hurtz, and Bug-eye, the Army Ants were the coolest in bug-themed fighters. The line was released in 1987 and only lasted a few years, but that did little to take away from their coolness.

When the excitement of Holograms hit newer levels of coolness by taking over many a toy line, well, that was just about the same time Holograms got really silly. These action figures featured two different Holograms per toy so your warrior culd change into a beast. Awesome. 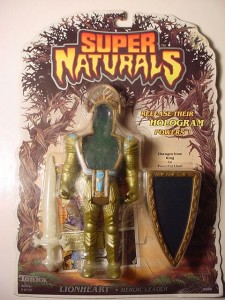 Created by the same company that brought you MicroMachines, Galoob, the Z Bots were a collection of good guy and bad guy ‘vehicles’ that could be combined together to make even bigger robot machines and had about the same playability of Battle Beasts. Sure, they came out in 1992, but that’s close enough to the 80’s, right? 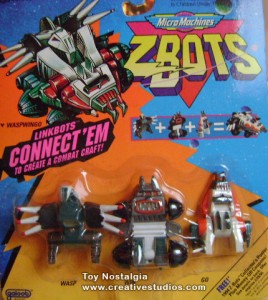 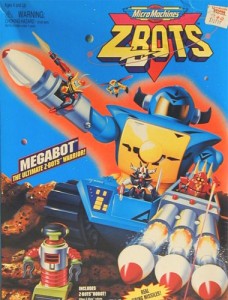 Robotix were exactly what you think they were: Robotic Ticks! No wait… what am I thinking of? These Milton Bradley toys gave you the ability to make your own little robots. Fun stuff. 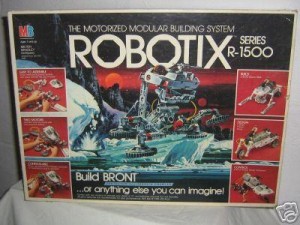 I turned 5 in 1979 and absolutely remember getting the BigTrak for my birthday because it took my dad the better part of a day to get it to do anything resembling what it was supposed to do. Ah memories. 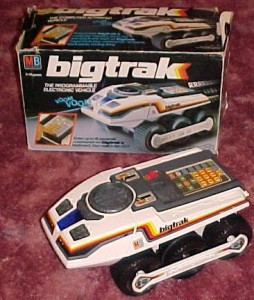 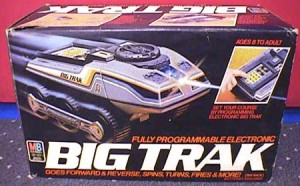 I just had one of those moments while I was trying to recall who I knew that might have owned one of these. I remember my buddy Jaimie had a basement full of crap (Shogun Warriors, KISS toys) and he had one of these that I would play with all the time. His basement smelled like soup. Also there was an Atari. I think my head’s gonna explode. 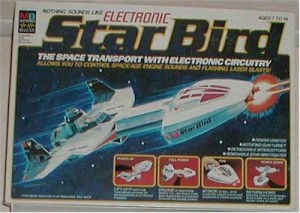 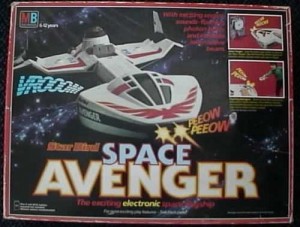 I really do remember the exciting TV show far more than I remember the toy line, which stands to reason since apparently this action figure/vehicle set didn’t sell particularly well here in America. Which is odd, considering the title. 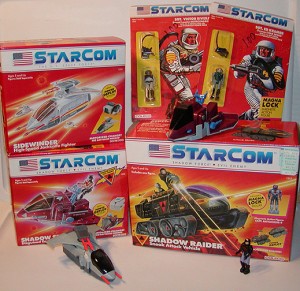 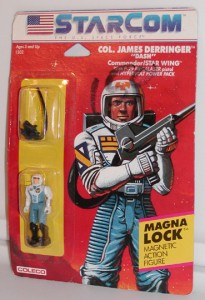 If everything you’d ever wanted out of life boiled down to having a battle between sheep and pigs, then Barnyard Commandos were for you. As the story went, some military mishap led to chemicals being spilled all over farm animals. Of course it did. 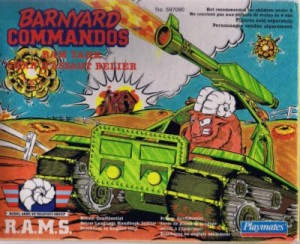 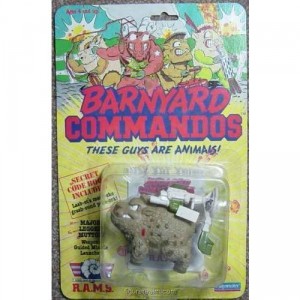 Hitting the stores in 1983, Construx were basically the next LEGO… or at least thy tried really hard to be. Construx consisted of beams and connecting joints all used to make various shapes that were always square or rectangular. The most boring of all shapes. They were fun toys regardless.

Take the worst of Go-Bots and combine them with the worst in Matchbox, and you’ve got Parasites. Yep, that’s about as special as they were. 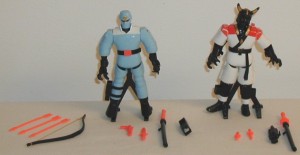 What do you get when you cross Stretch Armstrong with an action figure and toss in a load of obscurity? Yep, Tacky Stretchoid Warriors. Couldn’t find a commercial which sucks, but maybe the pics will jog your memories.

Basically, in the 80’s, if your toy line didn’t at least compete with G.I. Joe, well, then you might as well close up shop. Well, Target and Mego knew this and developed a set of characters that were comparable called Eagle Force. Sadly, their immediate popularity was no match for a company’s demise and Mego folded soon after. 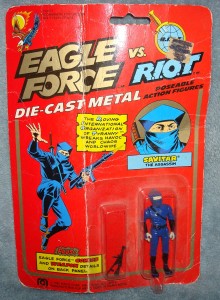 The Starriors toys were one of those series that were initially based on a spin-off set of Marvel comics. Each toy came packaged with a small comic that told the stories of these warriors and featured cover art by the famous Bill Sienkiewicz. 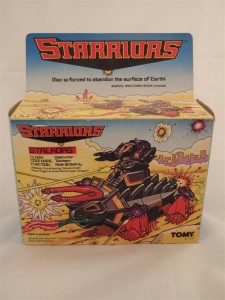 Once again, I have been bested by the Wikipedia description of these action heroes: “The storyline of Sky Commanders comprises the daily adventures of a multi-racial group of soldiers and mountaineering specialists from all over the world who battle the evil General Plague and his goon squad of villainous mercenaries and miscreants, The Raiders, whose aim is to seize control of the planet.” Nuff said. 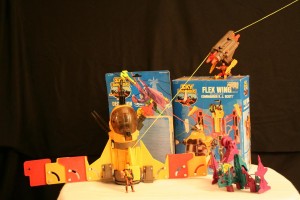 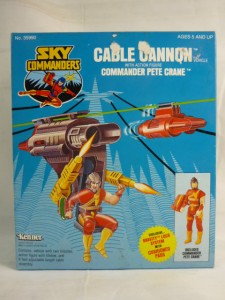 Monsters. Robots. And Aliens. In dissolving bags. Fuck and Yes. Also from Galoob. 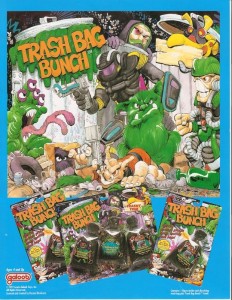 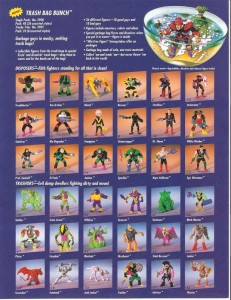 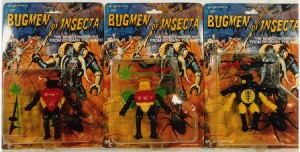 Wow, I could literally find nothing useful on these guys other than it was a series featuring man-bugs who’ve survived for ages under the earth and now roam free killing everything. And they came out in 1983.

Hey look! Galoob’s back and this time they’re trying desperately under a thinly veiled toy set to get kids to want to join the military! Good for them. Also these toys converted from feaux gear into play-sets. Not too shabby. 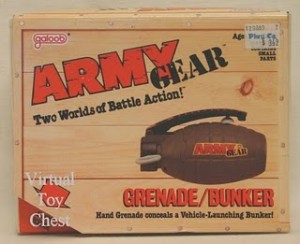 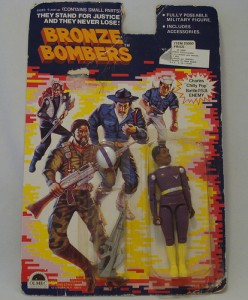 This from YoJoe.com: “In 1988, the toy company Olmec – specializing in African-American themed toys – released a line of 3 3/4” G.I.Joe-like action figures named the Bronze Bombers. The action figures touted, “They stand for justice, and they never lose!” While the project was very ambitious and produced interesting toys, unfortunately the figures did not match up with the quality of the Hasbro counterparts.”

A sub-quality 1977 Space TV Show? No, really? And apparently it spun off toys! I’m simply flabbergasted. 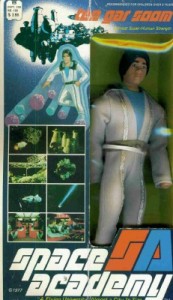 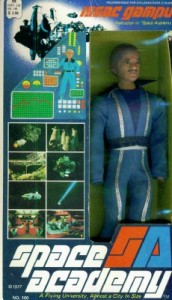