Travel > Do > Oktoberfest 2011 from The Big Picture

Oktoberfest 2011 from The Big Picture 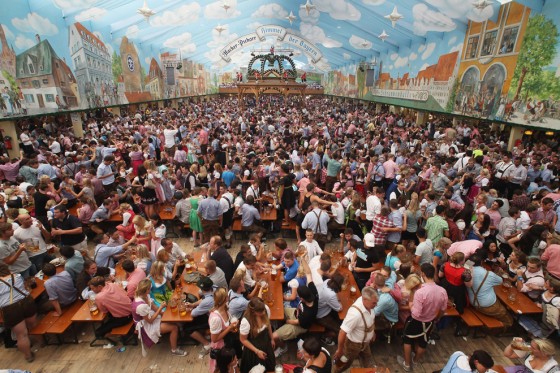 Our favorite photo site, Boston.com’s The Big Picture, posted a gallery from the recently concluded Oktoberfest in Munich, Germany.

The taps were flowing and the oom-pah bands were oom-pahing again in Germany. It’s Oktoberfest time, and the world’s largest festival celebrating beer reportedly attracted some 6 million visitors this time around before the taps ran dry earlier this week. The origin of the event dates back to 1810 when Crown Prince Ludwig was married to Princess Therese and the people of Munich were invited to attend the festivities. Only beer brewed within the city limits of Munich can be served at the festival.

While their collection doesn’t include nearly as many Oktoberfest Babes in their Dirndls as ours, we did find a few scattered in these choice photos below. As always, check out their full gallery for more from this great event.