If you’re anything like me, then you probably have at least two or three old cell phones taking up space in a drawer or box somewhere in your palatial estate/crappy one room apartment. You could easily toss them in the garbage, or donate them to some stupid charity, but where’s the fun in that? I’d rather put these forgotten pieces of technology to work. With this in mind, here are ten practical uses for ancient cell phones. 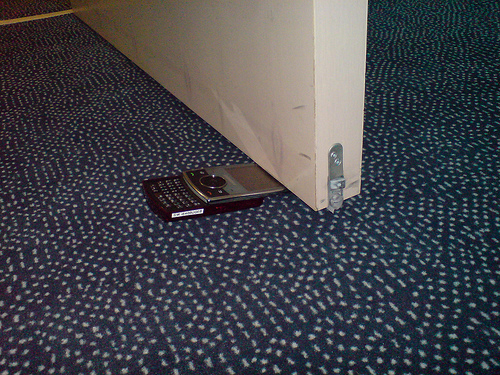 I hate doors that slam shut at the slightest gust of wind, especially when I’m transporting boxes of meth lab materials from one room to another. Reaching down and twisting the handle open again and again is a pain in the rump. Stick a Nokia or Samsung under the door. Problem solved. 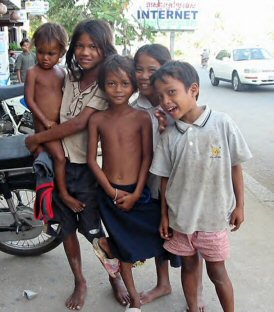 Those poor bastards in places like Cambodia and Zambia go gaga for Western technology. An iPhone 1.0 will get you a 17-year-old virgin wife and a 1000 acres of arid land. So, book that next vacation and get ready to be treated like a king. 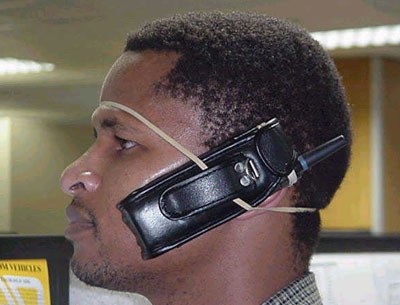 No need to buy actual earmuffs or a wool hat. Not when you can wrap some foam padding around a couple BlackBerrys and strap them to your noggin. Keep them powered up and you’ll be warmed by the phone’s natural cancer causing radiation. 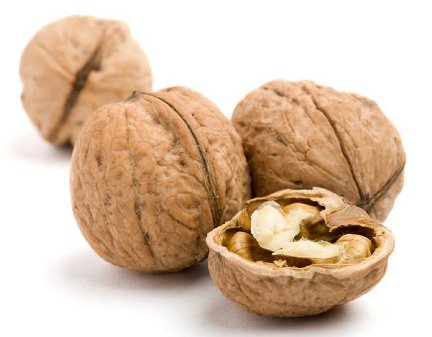 As someone who consumes a lot of nuts on a daily basis, I can never get my hands on a nutcracker when I need one. I used to carry a hammer on my person at all times, but some skittish co-workers complained to HR. Assholes. Anyway, a sturdy Sagem phone makes an excellent nutcracker. 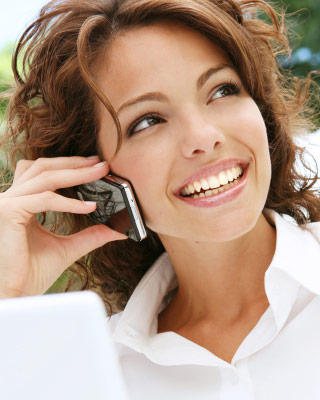 Back in the day, people utilized cell phones for talking to friends and family. If you’re in a pinch and can’t email, text, IM, tweet or Facebook, you can communicate the old fashioned way by opening your mouth and speaking. Hopefully, it will never come to this, but at least you have the option. 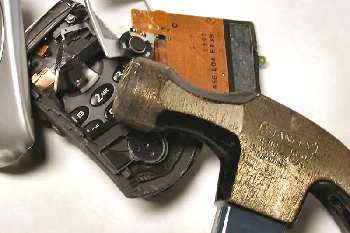 Pissed off by Verizon and AT&T’s exorbitant rates? Grab an old Sony, hit the picket line, wait for an annoying TV crew to show up, and smash the phone with a baseball bat while shouting, “We won’t pay! We won’t pay!” You’ll feel empowered by your actions. 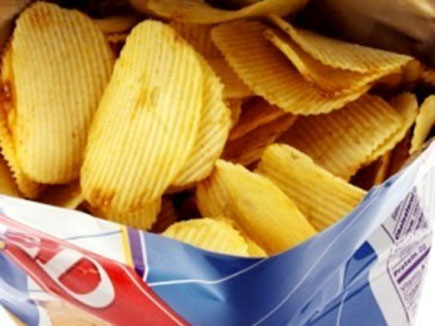 Most of those plastic chip clips you buy at the Dollar Store are cheaply constructed and last only a month before breaking. A flip phone makes a viable substitute to ensure your bag of Sour Cream’n Onion Ruffles stays fresh and crispy. 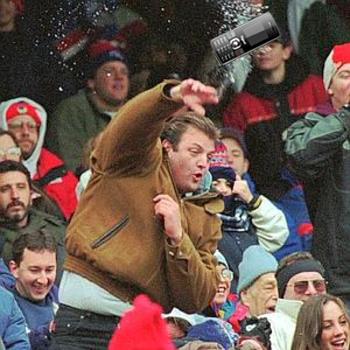 Run out of snowballs, beer bottles and batteries? No worries. Slip that LG from your coat pocket and hurl it in disgust at the dumbass quarterback who just threw three interceptions in a playoff game. He won’t appreciate the boorish behavior, but he’ll respect your choice of projectile.

Put the phone on vibrate, dial the number and watch it work its magic. She’ll reward you in kind. Trust me.

Okay, so murder might not be considered practical, but hey, sometimes you gotta kill a muthaf*cka. Small price to pay to live a thug life. Whether you bash him upside the head or glue a razor blade to the end and cut his throat, an old cell phone makes a great device for killing.