On the Road Trailer: Jack Kerouac Hits the Big Screen 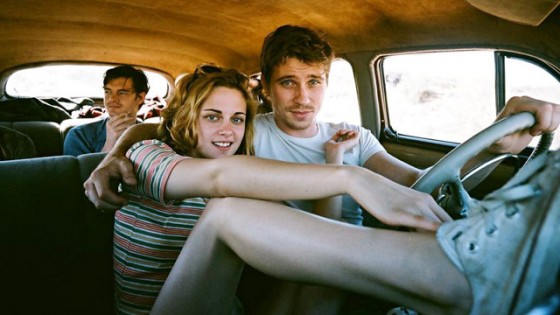 I’ve always wondered if today’s youth, 1) reads books, 2) reads classic books, 3) has read Jack Kerouac’s On the Road. If so, does it resonate in the same way it did 50 years ago, or even 20 years ago? Does anyone under 25 know about the Beat Generation and the counter-culture besides a handful of annoying hipsters?

I ask these questions because director Walter Salles (The Motorcycle Diaries) will bring the novel to the big screen later this year with Sam Riley, Garrett Hedlund and Bella Swan herself, Kristen Stewart, headlining the cast. I have trouble believing Stewart’s name alone will get butts in seats, although I do applaud her for taking the role. It looks like she might have removed her half-baked zombie stare, which would be nice.

Anyway, if you’ve never read the novel, allow me to sell it as a movie: It’s about a couple of dudes who party, drink, smoke, use drugs, listen to music, score with chicks and drive cross-country. Think Project X in a car, except a thousand times smarter. Here’s the On the Road trailer.