You’re no doubt well aware that traditional news publications like papers and magazines are in a lot of trouble, as more and more readers abandon their slow, out of date models and begin to rely on websites like Google and Gunaxin for up to the minute news and pictures of hot chicks, respectively. In response, many newspapers have made the smart decision to put more and more emphasis on their online content. Unfortunately, some newspapers have followed that up with the incredibly retarded decision to make people pay for their online news, in the hopes that their readers are too dumb to realise they could get the same content from dozens of different sites for free.

Newsday, one of the largest papers in the United States, began this approach back in October, charging five dollars a week for all the newsy goodness their website has to offer. And now, three months later, proof of how dumb the idea is has emerged: a pathetically low 35 people have taken Newsday up on their deal. 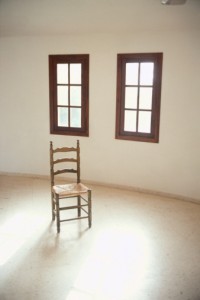 OK, so that figure is a little misleading, because online access is free for subscribers to the actual, physical paper. But considering Newsday spent 4 million dollars to redesign their website, and that the paper is rapidly losing both subscribers and money, this is still another good example of how inept some publications are at clinging to life.

Best of all, this information was revealed at what must have been one of the most hilariously awkward company meetings ever. When the number of employees asking about your website is larger than the number of people actually subscribing to it, well, you know you’re in trouble.

Other newspapers, including big ones like the New York Times, are either considering or have experimented with paid subscriptions. Let’s hope they look at how silly Newsday’s attempt was and reconsider, or else newspapers may continue to become irrelevant at an even faster rate. Really though, this revelation is something that should have been obvious after, say, five minutes spent on the Internet, not after three months of wasted effort.