Editor’s Note : Pixar’s Onward has struggled in theaters due to the COVID-19 outbreak, but Disney has decided to bring the film to digital download formats now, and it will be available for streaming with Disney+ on April 3rd. For this reason, we’re republishing DCFilmdom‘s review which was originally published on March 3rd. 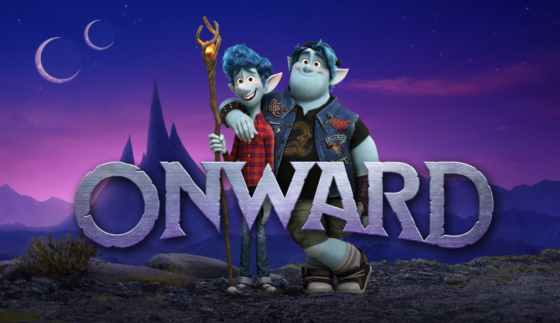 There are so many things to admire about the emotionally-charged Onward, Disney/Pixar’s latest offering. Themes of grief, single parenthood, sibling relationships, and broken families trying to put things back together accompany a sharp social commentary about how much of our world we take for granted every day. The nimble voice cast and vivid animation more than capably deliver the power needed to push the story to the end. Yet… there’s something a little predictable, a little too familiar about the ground Onward covers. Dive into Disney’s or Pixar’s rich histories and you’ll find any number of adventure tales like this, where something lost must be recovered for a sense of closure or completion. 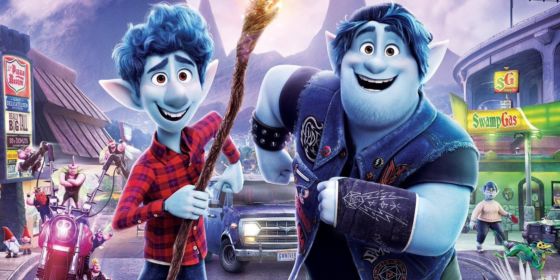 However, in rebuttal to the last sentence: Sometimes all you need is comfort food, especially in light of Onward‘s mature story. Based on director/co-writer Dan Scanlon’s own experiences, Onward touches the heart and soul in all the right places. Some viewers will undoubtedly get more out of it than others due to their own personal circumstances, owing to rather somber material which had fellow critics reaching for their handkerchiefs. (I was one of them.) Onward is quite possibly the first Pixar film aimed completely at adults and young adults, asking them to simultaneously remember and rediscover a deceased parent. It’s no mean feat, this; however, Scanlon proves to be quite confident and comfortable with it. 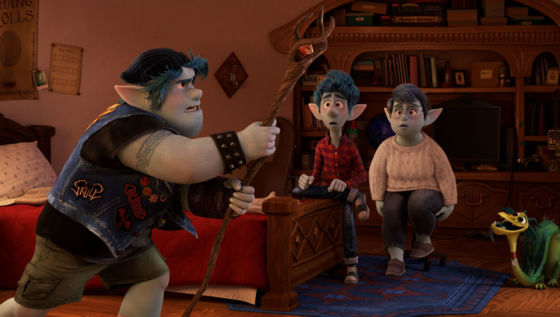 The rediscovery starts with our proxy for Scanlon himself, 16-year-old birthday boy – excuse me, birthday elf – Ian Lightfoot, voiced appropriately by Tom Holland. His endearing work as Peter Parker/Spider-Man in the Marvel Cinematic Universe makes him readily believable as a kid on the cusp of greatness yet buried under the pressure of becoming his own person. It’s a pressure we have all felt, and Holland’s performance achieves a spot-on pitch which sounds notes of uncertainty and sadness at not quite fitting into his own microcosm. But it also registers hope when he’s given a birthday gift from his father Wilden (Kyle Bornheimer) who he’s never met.

Wilden died before Ian was born, but older brother Barley (Chris Pratt) carries the memories of their father and shares them with Ian, becoming the other Inception-like (“We create and perceive our world simultaneously”) side of the coin. A far more outgoing, wild, and carefree sort, Barley’s loving life on his gap year, cruising around in his fantasy scene-painted party van and mortally embarrassing Ian in front of his friends after school. He’s the epitome of “that guy” in every neighborhood – the ones who live at home with their parents, wear patch-covered denim vests over their metal band t-shirts, and listen to more prog rock than you might be comfortable knowing. (Not that there’s anything wrong with that. You be you.) 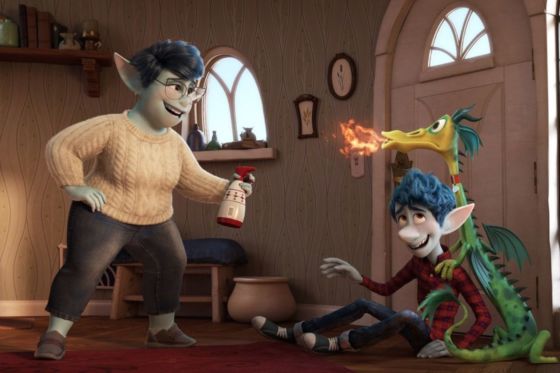 Polar opposites, these two – except for how teenagerly they treat their mother Laurel (Julia Louis-Dreyfus), somewhere at the crossroads of the kind of love kids have for their parents and the flippant high school air we gave them when they got to be a little much for us. She’s got her own baggage as a widow still trying to be father and mother while trying to carve out time for her own life, and she’s dating Colt Bronco (Mel Rodriguez), an overbearing centaur whom her sons grudgingly tolerate. But she passes Wilden’s letter and gift to the boys – a magic staff – which kicks off the possibility of a one-day resurrection to meet the young man Ian has become.

Now I feel like Harry Lockhart in Kiss Kiss Bang Bang as he’s meta-narrating: “I skipped something. Damn it… I made a big deal, then I totally, like, forgot… I’m a bad narrator.” Y’see, the beginnings of Onward‘s world involved the use of magic, an increasingly complicated magic which eventually gave way to modern conveniences, seen so humorously through a time-skipping prologue. It’s a mystical world where elves, manticores, pixies, and other fairytale creatures exist, yet much of their problems are the same as ours. Having to give up dreams to pay the bills, staving off middle age – these are life’s curveballs little kids aren’t going to internalize as much, but they’ll love the adventure which comes of the need to replace a vital piece needed for the resurrection. 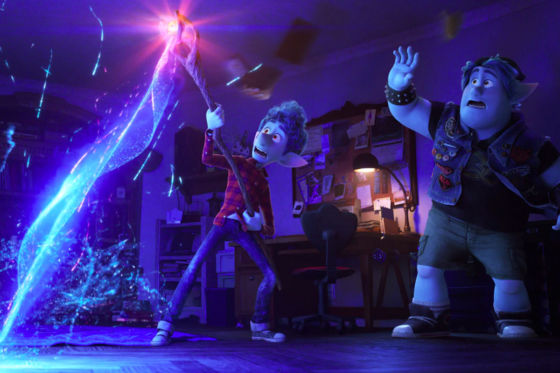 It’s a little like a mix of Harry Potter and Indiana Jones and the Last Crusade, even going so far as to visually reference the latter during a tense leap of faith. The timid Ian has the gift of magic which seems to have eluded the rest of his family. However, there are other forms of magic, namely the fake-feeling support Barley gives Ian. This is decidedly not a knock on Pratt’s performance; on the contrary, Pratt nails it by putting Barley in a space where youthful exuberance and the teenage version of “smarts” meet, where we excitedly give potentially hazardous advice to anyone listening. It’s truly meant to be sweet and annoyingly encouraging in that hammy older brother way, but we’re slowly sucker-punched as Barley’s completely improbable Dungeons & Dragons-esque instructions actually start working.

Their quest to find a way to reunite with their father – who only appears as his pair of legs, thanks to the resurrection spell going wrong – gives us a lot to think about while still maintaining the film’s humor and adventure levels. One film-defining scene comes during a car chase where genuine sadness is felt over a personal sacrifice, but the sacrifice itself is full of self-satirizing hilarity. Scanlon and co-writers Jason Headley and Keith Bunin have found a curious and winning chemistry between sorrow and light; it’s not a chemistry which destroys the film, but rather gives it a gas which lifts it out of its formulaic trappings. 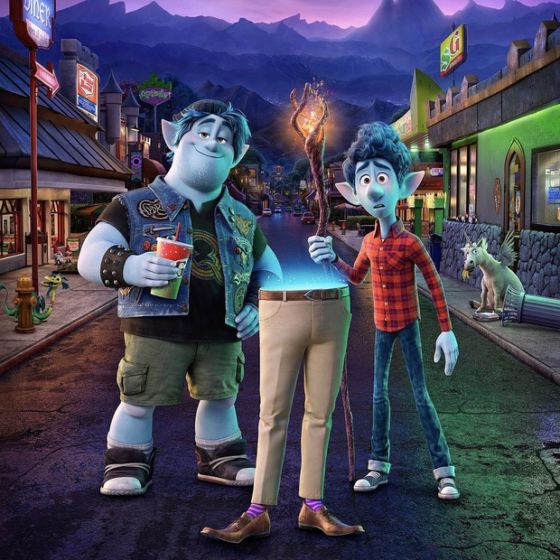 Onward‘s heavy subject matter dedicates itself to the kids who’ve been with Pixar from the beginning. They’re old enough to have families and suffered personal loss, currently at that stage in life when adult priorities start to take precedence over flights of fancy. When they’re becoming who their parents once were. It’s not an easy thing to take, but Pixar has always been good about balancing the larger picture with our own tiny concerns. Onward is no different, directly applying to the inevitability of life and the harsh task of growing up. The film may be cut from recognizable Pixar cloth, but the approach, construction, and execution are more than enough to provide a blanket of emotions under which we do not suffocate, but instead are heartened by its warmth.

The film may be cut from recognizable Pixar cloth, but the approach, construction, and execution are more than enough to provide a blanket of emotions under which we do not suffocate, but instead are heartened by its warmth.