On the whitehouse.gov website, there is a rule that if you can get 25,000 signatures on a petition, you can get an official response from the administration. To this end, there are several petitions currently circulating that would allow states to “peacefully secede from the Union.” Wait? That’s all that it would take? Ask to secede? Let’s ignore history the for a minute in which the United States puts down rebellions as violently as any other country does. This has actually been attempted a few times more than the Civil War. 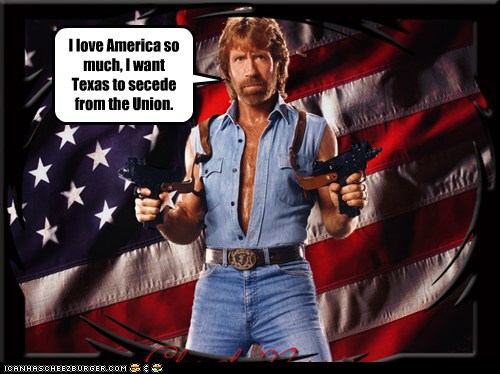 The response is always armed. However, Texas should know that you can’t even leave an athletic conference without a heavy penalty. Besides, what do you actually think asking the people whom you are protesting against is going to amount to? By last count, there over a dozen states that currently want out of the Union (supposedly) because Obama was re-elected. On some level, this is a President who has openly compared himself to Abraham Lincoln. Starting a secession movement may seem like a compliment when you think about it. A few years ago there was an email stating that Texas was capable of being self-sufficient. It’s worthy to note that a good portion of that argument was based on the number of computer manufacturers in Texas, natural energy reserves, as well as the Space Program. 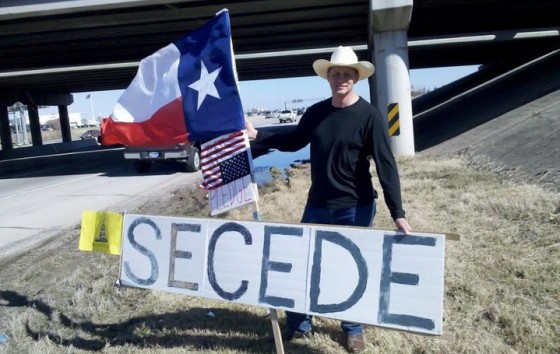 A couple of portions of that email may have to be seriously rethought. One of the main reasons why this will not happen (other than the previously mentioned armed response) is the effect that such a move would have on the actual religion of the state of Texas. As Sheldon Cooper so eloquently stated, there are two things that you need to know about in Texas. The first thing is football and not that other type of football which most Texans consider to be a “commie plot.” The second thing that most Texans need to know is how to cook meat that is not chicken as if it were chicken.

Texas is not going to risk the sport of football for the greater good of the United States or even for the Republic of Texas. The fact of the matter is that the Houston Texans have a better than average chance of making the Super Bowl this year. Jerry Jones still needs to pay off his billion dollar playland. Texas A&M just found their own personal savior in Johnny Manziel. There is no way the University of Texas wants to interrupt ESPN’s The Longhorn Network for something as silly as independence. Texas is willing to risk the Union, but the Big 12 and the SEC? 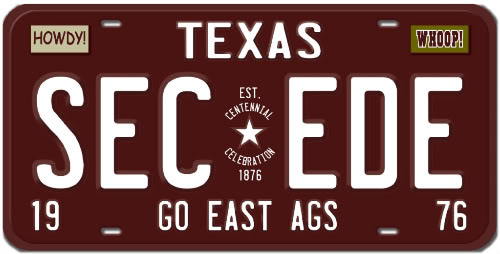 That type of threat is simply not happening. Barack Obama only has four more years. The threat of further conference alignment or not possibly having multiple teams in the NFL is unfathomable to Texans. So, go out to your backyards with your militias and your faint hopes of one day being featured on Doomsday Preppers, but stop planning to secede. There is something more important at stake here. There is the religion of football.