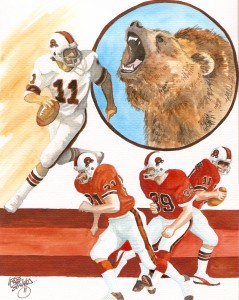 However, there was a couple of problems with the name Northmen. The new location was Memphis, Tennessee. Memphis is not really ‘north’ on any map that does not adhere to the old Confederacy. Years later, there would be a similar problem when the NHL Minnesota Northstars moved to Dallas. Much to the confusion of future generations which would watch The Mighty Ducks, they lost the ‘north’ and simply retained the ‘Stars.

There was an additional issue. The ‘Northmen’ were renamed the ‘Southmen.’ The problem? Memphians hated the name Southmen. As Neil Young might remember, the Southern Men did not need them around anyhow. Calling it the Memphis Football team got to be a bit tedious. This is especially true considering the fact that Memphis fans had been operating under the delusion for years that their local college was in the habit of playing football. Just for the record, this is a traditionally untrue statement. 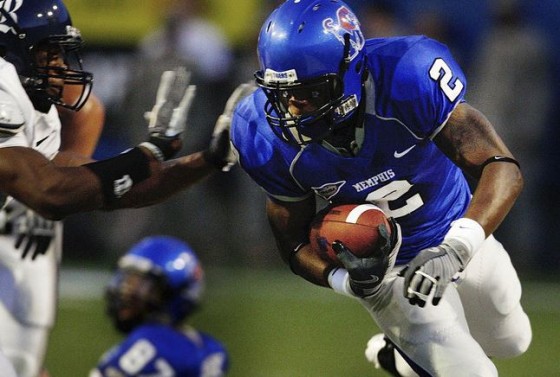 Memphis Southmen games were not all that unpopular in the 1970s. As a matter of fact, famous Memphian and avowed football enthusiast Elvis Presley actually took time off from dressing like Captain Marvel Jr. and watching women in white underwear wrestle to catch a few games. 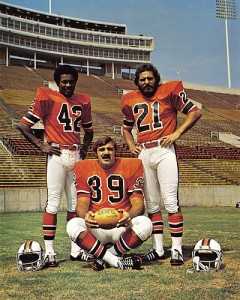 So, the King and pretty much everyone else in Memphis started referring to the team by the name of its logo rather than the transposed name that those wacky Canadians had given to them. After all, they were a little distrustful of things that came from the north. They called the team the ‘Memphis Grizzlies.’

They even made the cover of Sports Illustrated in 1975 when three NFL players jumped to the WFL and Memphis. Larry Csonka, one of the NFL’s biggest stars played one season in Memphis, running the ball 99 times for 421 yards and 1 TD before the league folded.

Now, you could probably fill a whole room full of logos from failed second tier leagues that Memphis tried to support over the years. This is especially true in trying to get pro football to Memphis.

Predictably to most Memphians, the Southmen / Grizzlies failed and were not allowed to upgrade into membership in the National Football League. This would become something of a theme for about twenty years. After a while though, there was another failing franchise from Canada who needed a new home. 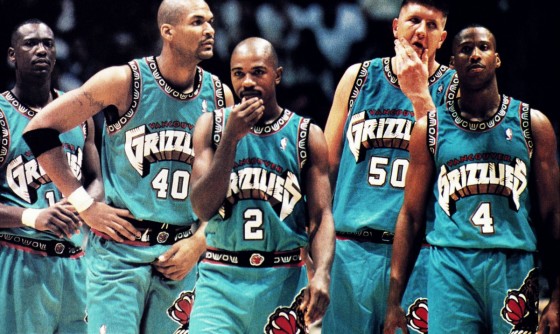 The Vancouver Grizzlies wound up relocating to Memphis. It was a basketball team which may have further confused Memphis fans because you had a team named after a failed football franchise now playing a sport that Memphis already loved on the college level. 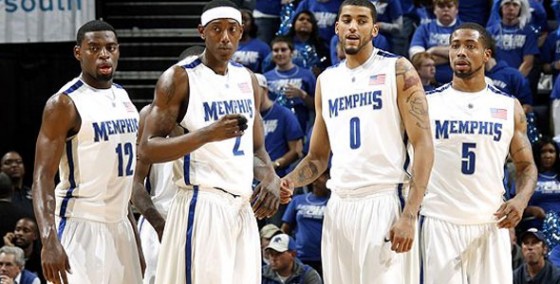 The new conglomeration was now the NBA version of the Memphis Grizzlies. You would have had to had lived in Memphis an awfully long time just to appreciate the irony of it all. 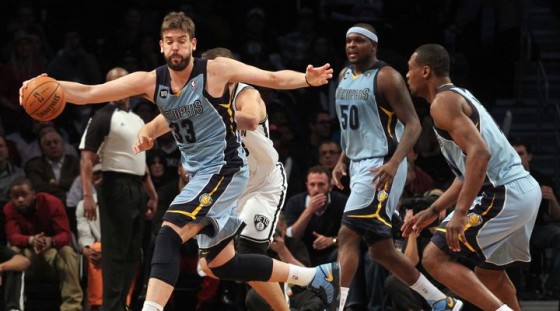