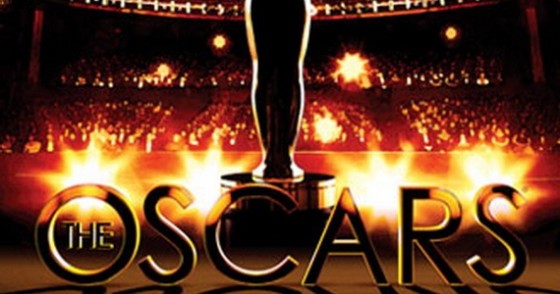 It it too much to ask for AMPAS to unveil the Oscar nominations at a reasonable hour? 5:30am Pacific time is cruel and unusual. I get that all the nominees (and more importantly those who were snubbed) want to get an early start on boozing, but the freaking sun isn’t even up at 5:30! Are you that important Hollywood that you have to beat Mother Nature to the punch? Apparently so.

Nevertheless, the nominees for the 84th Academy Awards were announced an hour ago. For a complete list, Google it. Here are some initial thoughts on what is ultimately a predictably predictable lot.

The Artist – Unless you’re an asshole or a contrarian, it’s impossible not to like this movie. It wasn’t the best thing I saw in 2011, but it’s a shoo-in to capture the gold, and I’m fine with that.

The Descendents – Bring the Payne. The Alexander Payne. This movie was, eh, just kinda there. Nothing special, but Clooney and Shailene Woodley made it watchable.

Hugo – The only one of the nominees I have yet to see. An oversight that shall be remedied later today.

The Help – And the award for the best racist white Southerners goes to… Any movie with a central plot point revolved around scatological humor is a-okay, if not altogether memorable. It also boasts the gingerest (not a word) cast of the year with count ’em four redheads.

Moneyball –If not for the presence of Brad Pitt this math lesson without a third act would’ve been worse than the Pittsburgh Pirates in July.

Midnight in Paris – The Woodster’s ode to Paris and bygone eras is easily the best film he’s made in fifteen years. Not a classic, but beats the hell out of Scoop and You Will Meet a Tall Dark Stranger.

The Tree of Life – Beautiful to look at, director Terrence Malick’s bold attempt to define humanity’s place in the history of time doesn’t reach heights of brilliance, but not for a lack of trying.

Errors of omission: Take Shelter and Drive. My top two films of 2011 were completely shut out. BOOOOOO!!!

Demián Bichir – A Better Life – Probably my favorite nominee of the bunch. Dude killed it.

Brad Pitt – Moneyball – He IS the movie. I’m sure the real Billy Beane isn’t remotely as interesting.

Viola Davis – The Help – If not Streep, she’ll be the one making a speech.

Rooney Mara – The Girl With the Dragon Tattoo – Has no shot, but she nailed the character.

Michelle Williams – My Week With Marilyn – Damn if she didn’t look a lot like Marilyn.

Kenneth Branagh – My Week With Marilyn

Nick Nolte – The Warrior – He had like two scenes: one sober, one drunk.

If I fall off the wagon, I'm golden.

Bérénice Bejo – The Artist – She has a great smile, I’ll give her that.

Jessica Chastain – The Help – Second best performance in the movie.

Janet McTeer – Albert Nobbs – She acts once every five years and gets nominated.

Octavia Spencer – The Help – Best performance in the movie.

Terrence Malick – The Tree of Life

The Artist- I think ya know…

Bridesmaids – Nice to see Kristin Wiig and Annie Mumolo get a nod, even though I think the movie is overrated.

Margin Call – Pleasant surprise, but Hollywood likes to pretend they care about the economic collapse.

A Separation – Of all the nominees, it’s the most deserving, which means it doesn’t stand a chance of winning.

The Descendents – If it doesn’t win, Moneyball will.

The Ides of March – A bit strange, but Hollywood likes to pretend they care about political corruption.

Nothing for The Help? Listen, I didn’t really dig the flick, but it’s nominated for everything else.

For the rest of the rundown, like I said, Google it. I need a nap.