Not sure if this is an actual leak, or a well constructed hoax… From Celebridiot:

The 81st Annual Oscars will be officially announced this weekend, but a rumored letter naming all the winners supposedly has leaked. The Academy is stating that no such list exists and that the winners are only known by PricewaterhouseCoopers – which is still counting ballots.

Here is the letter: 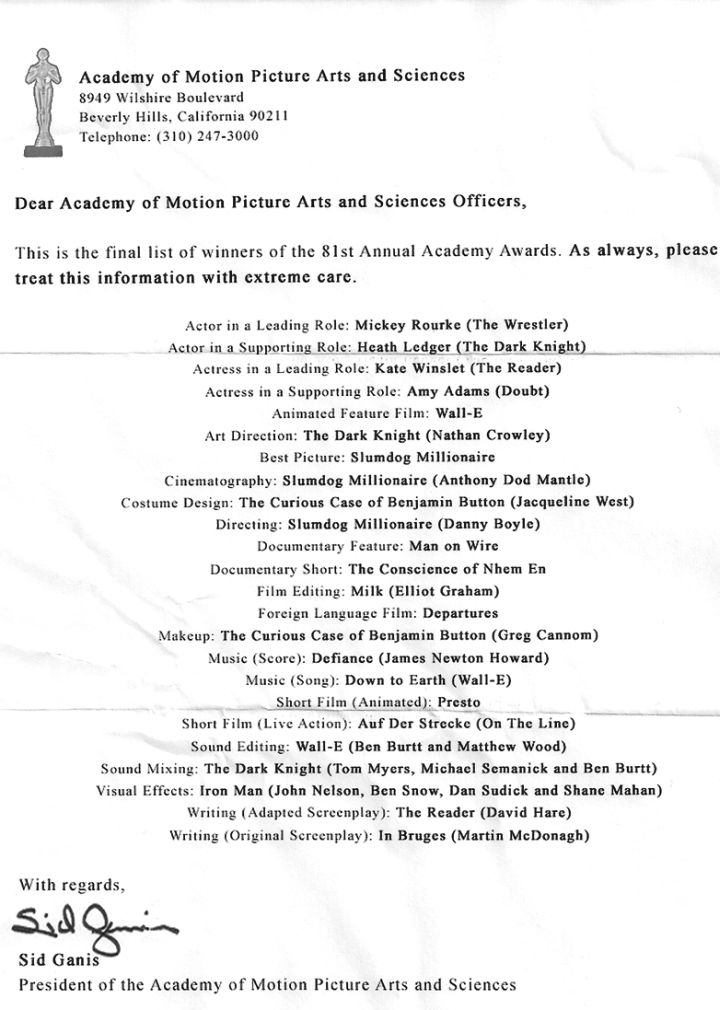 If this list is correct, Gunaxin scored 50% in our 2009 Oscar Predictions. Ouch.