Overeem Knocks Duffee Out in 19 Seconds 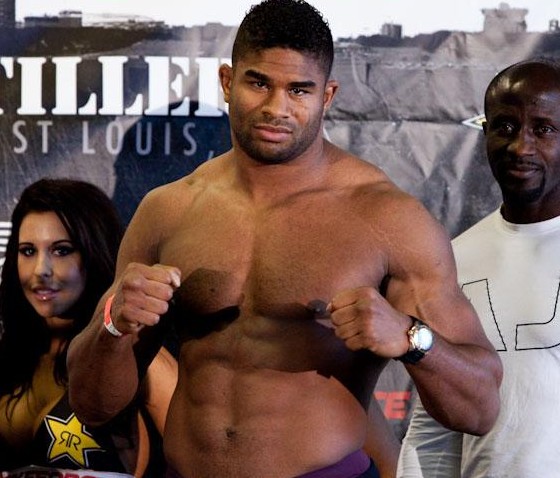 The calm before the storm...

Welcome back, all. I hope everyone is enjoying the holidays. And if you are a big MMA fan like myself, what better way to enjoy it than with a great fight like Alistair Overeem v. Todd Duffee for DREAM? It sounded like it was going to be two gigantic human beings punching each other in the face as hard as they could… on paper. In reality, “The Reem” proved once again that he is unstoppable.

Many consider Overeem to be the #1 heavyweight in the world. Now that he is the K-1, DREAM and Strikeforce heavyweight champion it is very hard to argue otherwise. Of course this is arguable and until we seem Reem v. Fedor, Cain, Werdum, Junior dos Santos or Shane Carwin… I really don’t want to even discuss him as the #1 fighter in the world. I don’t consider Reem hiding from big fights, but he sure as hell isn’t being scheduled for those bouts we all yearn to see.

His only two fights this year were against Brett Rogers (in May) and Todd Duffee (early this morning on the last day of the year). So maybe K-1 is taking up a lot of his time? I don’t really know. I do know he is destroying the low level talent he is being handed and I would really like to see someone other than Dana White step their game up and create a super fight.

On the other side of things, Todd Duffee got the biggest fight of his career and KO’d in 19 seconds. This was after once being considered one of the best prospects the UFC had. He KO’d Tim Hague in 7 seconds and then he beat the ever loving garbage out of Russow for 3 rounds. Well, 8 minutes and 33 seconds. Then Russow hit Duffee with everything he had. Duffee was KO’d and then eventually Dana White cut him from the UFC very suddenly and no one knew why. Was Dana on to something or did he just see this guy’s fall coming? Or is Reem just too much to handle?

This fight was just basically a tease because now I need to see Reem and Duffee fight more to decide their fate. You know I do that right? I’m the fate decider.