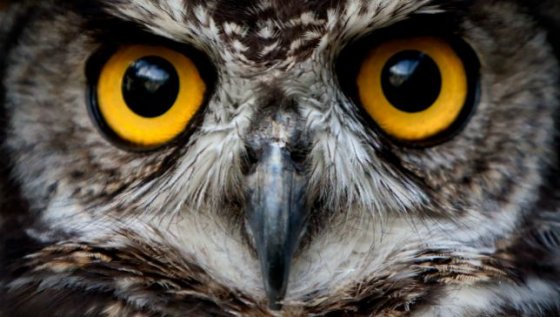 Is it just us, or are there a surprisingly large number of owls inundating the commercials on television lately? No, we aren’t crazy, and we’ll prove it. But first, it’s starting to feel a little like future New New York post-2999 where owls have basically replaced rats as the vermin of choice on one of our favorite animated shows, Futurama… 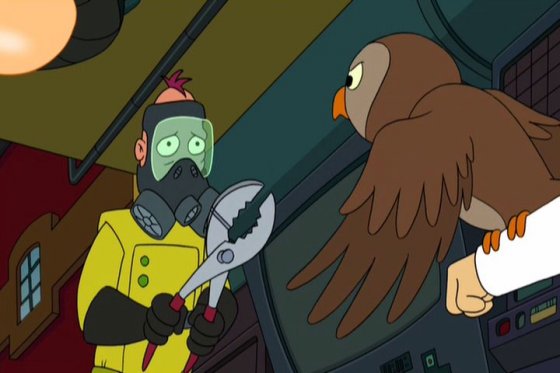 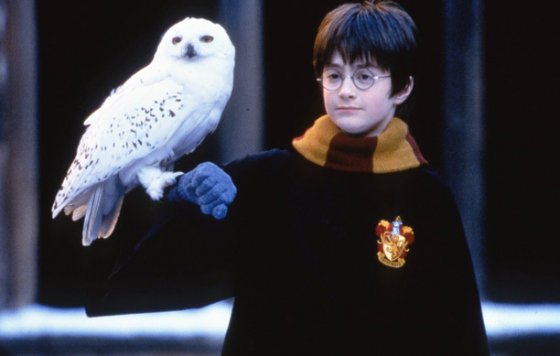 Well, whatever the case, owls are all over advertisements lately and it’s really become a little strange. Oh, you need proof? Oh, we’ve got proof. We’ve even tossed in a couple of classic commercial owls just for our loyal readers.

The first one we really started to notice was the ads for Xyzal, the new allergy medication that lasts 24 hours and is, according to their owl spokes-bird, the best stuff on the market. And ya know, you really can’t help but believe it because it sounds so damn smart and truly makes you want to rush right out and snatch up your own box of Xyzal even if you’ve never had allergies in your life. Check it out. Seriously, he’s wearing a monocle! You always trust advice from monocle-wearing spokes-persons. Always!

We’re not sure what it is about a cute talking owl that is supposed to make one want to travel, but Tripadviser.com seems to understand some kind of bizarre demographic we don’t. Have you ever looked at an owl coughing up one of those disgusting pellets and thought to yourself, “I think I’d like to book a trip to Scotland this week, it seems nice there.” Maybe just to be away from the gross owl, but still… travel? Not seeing a connection.

Western Governors University is a private, non-profit, online American University based in Salt Lake City, Utah. Their logo actually is an owl, so that makes a little more sense when they insist on using them in their commercials. And in case you were wondering its name, well wonder no more… it’s Sage the Night Owl. I guess that implies that many of their online students take classes at night. Okay, fair enough. At least it makes sense.

Next, we have America’s Best (author’s note: It’s where I got my glasses, but not because of the owl. As far as you know) featuring yet another owl. Now, much like that feathered fellow in the Xyzal ad, this one needs prescription eyewear, which somehow makes even less sense than just the monocle, but whatever. The owl is cool, even if he seems a little snarky, but the lady is kind of adorable so that helps. Apparenty.

Finally, GEICO. This insurance company always seems to bring the funny or, in the case of their Gecko, cute and a little irritating. In this ad (though older, it still runs occasionally) two owls make the always funny “Who?” joke at the end because, well, it’s funny. It was funny for the first hundred times. Now… well, not so much. Owls!

Bonus A) Tootsie Pop (How Many Licks?)

Bonus B) Woodsy Owl (Give a Hoot!)