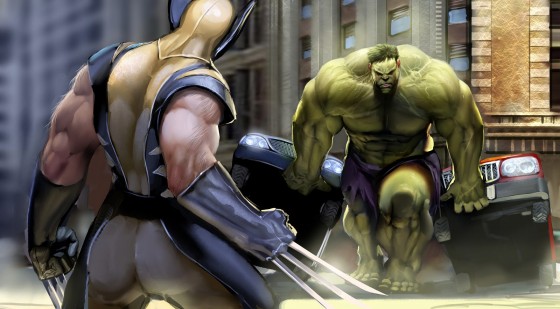 Being a superhero isn’t always all about kicking the crap out of the bad guys and zooming around cock-sure over your city. Sometimes it’s about pain, agony, and realizing that the powers you possess are slowly ravaging you from the inside out like a cancerous tumor. Kooky, right? Think about it: for every spit-curled goody-goody like Superman there’s a self-loathing mess like, well, Batman. But who am I talking about? Well, primarily, these ten super-powered people. Read on and see how they suffer for our freedom… comic-book speaking, of course. 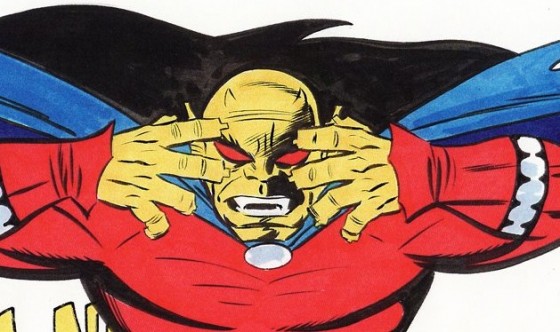 Etrigan is a very misunderstood character. As his human form, Jason Blood, he's actually a pretty skilled martial artist and hand-to-hand combatant. However, since he's also a demon -- a demon attached to his very soul -- Blood also suffers from the same limitations and exceptions that any demon would. He's vulnerable to magic, holy-based powers, and, bizarrely, fire extinguishers. Especially when launched into his mouth. Yes. I said that because it happened. Fortunately Batman knew that turning back into Jason Blood would, for the most part, quell the pain. So, even though it doesn't, per se, harm Blood to become Etrigan, any damage done to him as The Demon will transfer back to Jason when he reverts to human form. Seriously. And that sucks. 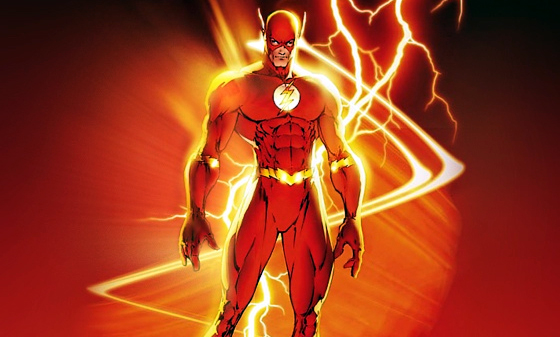 When The Flash was first published back in the '60s, his constant speed and accelerated bodily physiology required him to consume vast amounts of energy-rich foods. Because if he didn't, he'd fall into a coma! Who wants powers that, if used to save mankind, could literally put your body into nutritional shock? Almost better off not having powers at all. Eventually that particular malady was retconned out of the story, however, a new issue arrived that would destroy the second Flash, Barry Allen. In order to save humanity, The Flash had to run the fastest he'd ever run to revert time, thereby rendering his body a dusty skeleton. Friction is a bitch, especially when you move as quickly as The Flash. 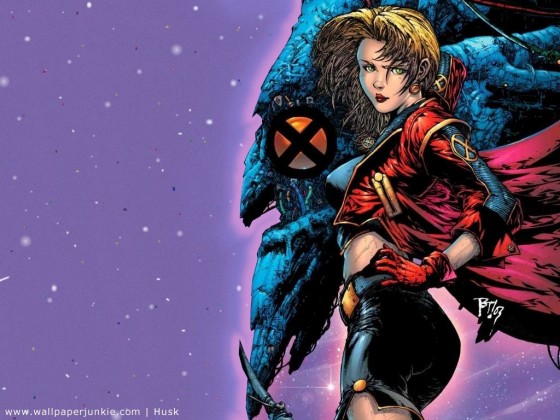 Paige Guthrie has possibly the worse case of psoriasis of all time. As the X-Man, Husk, she can shed layers of skin at will and transmogrify into entirely new compositions underneath. She has been able to become fully stone-like, furry, or even once Adamantium. Basically, any solid she actively studies the structure of. Her powers limit the size and shape of her transformations to things roughly her build, although she is able to create protrusions. So what does all this have to do with pain? If Paige overtaxes her 'shedding' it causes he considerable pain and can actually lead to bleeding and open sores. It's just like pulling off repeated layers of your own skin. Only without the possibility of being wooden underneath.

What can really be said about a mutant whose existence is the result of two gigantic slugs residing in what most people have for a stomach and a lower G.I. tract? Not much, actually, except for the fact that these two massive worms provide all the nutrition and life Maggott needs to survive. And yes, quite often, expelling his little buddies (see: they're not at all little) hurts quite a lot. As a child, Japheth never knew of his parasites, but thanks to Magneto -- who forcibly extracted them to prove to Japheth just who he was dealing with -- he has no choice but to constantly use them for sustenance. Gross. 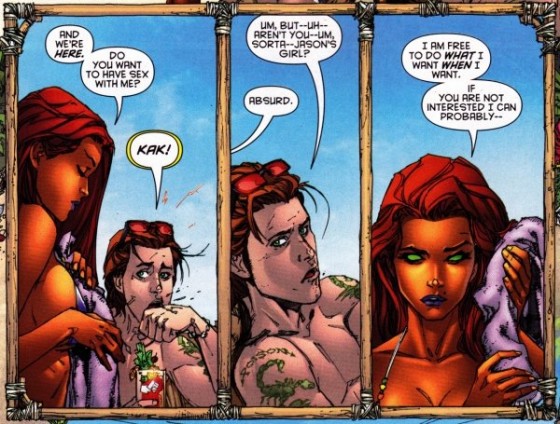 For some odd reason, after the new DC 52 comic book revamping, Kory, or Starfire, as she's known, has become an over-stimulated sex addict. And yes, she's still just into adulthood, at least according to her Earth age. But that's really not the point, I just thought I'd mention it. No, the real pain suffered by Starfire comes from the release of specific types of her powers. Typically, she can absorb ultraviolet light, store it, and release it as concussive blasts of pure energy. She can, at will, control the amount of this stored energy she emits at any given time, especially considering that much of it is used for either flight or just plain physiological function. However, if necessary, she can use up all of her stored energy and focus it as one massive blast, rendering her exceedingly weakened and comatose. Not something she does often, but when she's all sexed up... who knows. 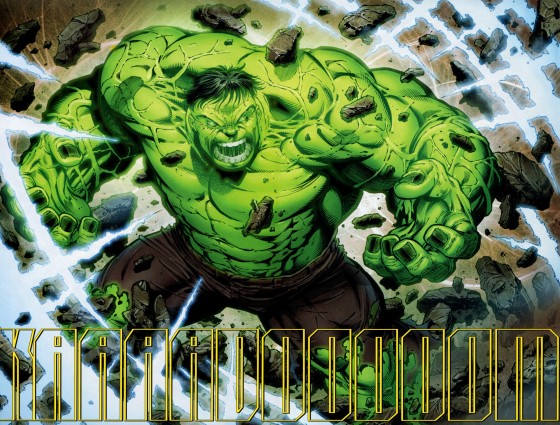 Being Bruce Banner in an agitated state is not all shirt-ripping, growling, and copious amounts of ass-kickery. Sure, that's a big part of it, but can you even fathom how incredibly painful it must be -- just because you get pissed at something -- to expand your size five-fold, turn green and layered with muscles, and vent your ire into perpetual destruction? Yeah, that really wouldn't be pleasant. Furthermore is the whole basis of the Hulk's powers in the first place: massive doses of Gamma Radiation! Which, by the way, is what reverted him back to Banner in the original series, which means he's had so much of the Gamma rays it begs the question of why he isn't just a green-glowing corpse at this point. Regardless, thanks to his incredible stamina and healing properties, any injury suffered as the Hulk typically heals rapidly. But if it happens and he reverts to Banner immediately... well, let's just say he's been in a ton of agony a ton of times. 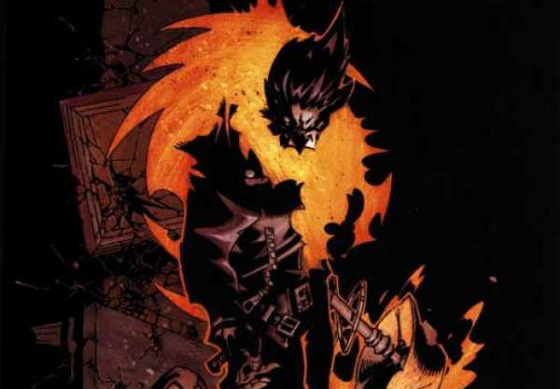 Having limited knowledge and control of one's powers is a pretty well-written story line in any comic universe and happens more often than you'd think. When it comes to the X-Men, one of their main claims to fame is to recruit mutants who have either not fully manifested their powers, or have so little control over them that they become dangers to themselves and others. Storm was a lot like that when she was the little Orroro Monroe, causing lightning and hurricanes all over the damn place. But Chamber (Jono Starsmore) is an entirely different story. When he was first discovered, it was found that he could cast energy blasts from his chest, willy-nilly, as it seemed. And, consequently, he blew his face off. Literally. From upper jaw to just below the ribs became a seething mass of rampant energy. And it hurt like a son-of-a-bitch. Oh, I guess I can imagine that. 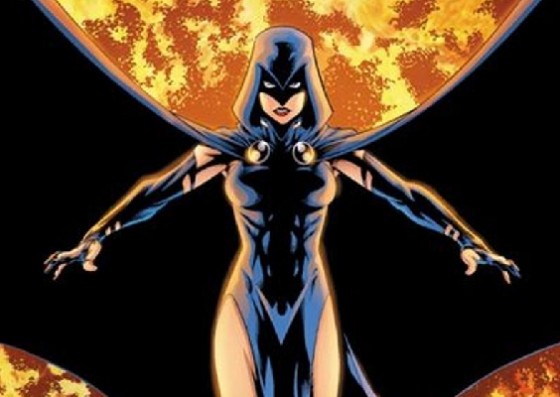 Being the child of both a Demon father named Trigon, and a human mother named Arella, one might assume this alone would be enough to cause someone serious emotional scarring. And in Raven's case, it actually does build the case for her morose nature -- tumultuous feelings roiling throughout her mind and so forth. But through her history she has overcome the constant threat of her father and his followers' attempts to destroy her both physically and meta-physically. However, when it comes to her many powers -- some of which are based on the fact that her dad is from Hell -- Raven has one ability in particular that renders her very ill for a few days. She can, at will, manifest one of the Seven Deadly Sins (in her case, Pride) in someone else. Sure it makes the target all sinful, but in return, Raven throws up. A lot. Unpleasant.

Dr. Kirk Langstrom really just wanted to work with bats and discover how they use their echo-location so he could help deaf people regain their hearing. Was that really too much to ask? Apparently, because the serum he devised was first used on himself, you know, to see if it actually worked. Well it worked alright. Just not at all how he anticipated, and Dr. Langstrom became the hideous beast known as Man-Bat. And, conversely, he has to use an anti-serum (or whatever) to return to his human self. The real problem here is that, much like becoming a werewolf during a full moon, it's a damn painful transformation. And then, it's even more painful reverting back to a man. So why would he even bother? Well, sometimes the rewards far outweigh the cause and effect. Also he gets to tussle with Batman! 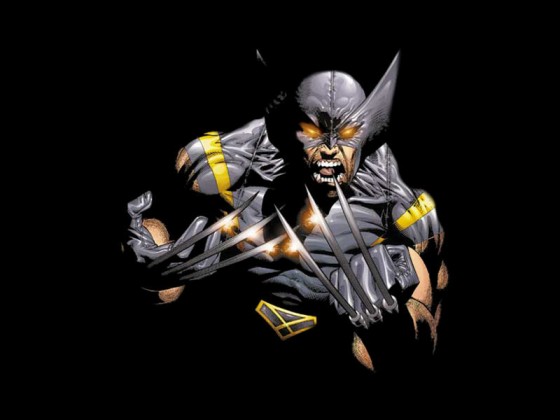 When Wolverine made his initial appearance in the pages of The Incredible Hulk, there had yet to be a solid backstory for the Canadian berzerker. But, over time, his life became a jumbled mass of this and that making him one of the most written about -- and consequently over-written -- characters in the Marvel Universe. But one thing remained solid and unbroken: the constant pain in which he lives his life. Oh, he has a healing factor, that is true. But the healing factor does not suppress any of the pain he suffers from popping his razor-sharp claws, getting into constant fights that render him battered and beaten, and just the simple fact that his skeleton is laced with a poisonous metal. His physiology is in a perpetual struggle to heal wounds inflicted in battle, seal up his knuckles each and every time his claws are used, and to flush his system of the toxic byproducts of the Adamantium. But he sucks it up. Nearly always. Sometimes, after a particularly brutal scuffle, he needs time to quell the agony. After all, he is Wolverine, and no matter what... he kicks ass.