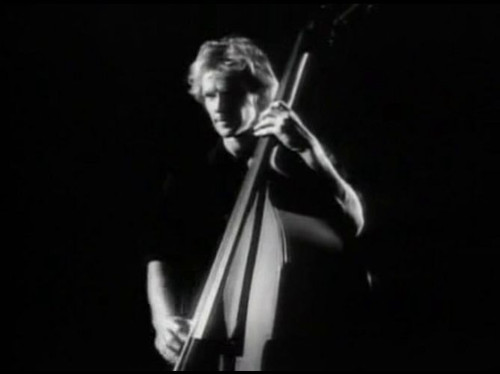 Over the years, many a young girl and lonely lady’s hearts have been squeezed by cheesy love songs. All those “beautiful” songs that make women melt and guys contemplate various methods of plugging their own ears seem to essentially dominate air time. Since they’re constantly being played, they eventually manage to attach their silly repetitive choruses to the very constituents of your brain; ultimately driving you crazy.

However, once the incessant pounding of the overly simple back beat begins to subside within the confines of our minds, we may start to actually contemplate what’s being said in the song. That’s when the mushy feeling fades and mental images start to look a lot more like the image up there. Here are two songs that serve as perfect examples of this phenomenon

Every Breath You Take – The Police

Let us begin with a classic; “Every Breath You Take” by The Police. This song has got to be one of the most blatant examples of stalking ever produced.

“Every breath you take

Every move you make

Every step you take…

I’ll be watching you…”

So basically, he’s talking about stalking the living hell out of some poor, unsuspecting woman. That’s not passionate or cute, it’s downright terrifying! Seriously, who talks like that? It’s not too difficult to picture him hiding in his car across the street from her window “crying baby, baby please” to himself as he furiously licks a picture of her.

I Will Possess Your Heart – Death Cab for Cutie

Another more recent example of disturbing love songs is “I Will Possess Your Heart” by Death Cab for Cutie. Honestly, we shouldn’t really have to go into detail on this one; the name of the song and band say it all. Seriously, the band is named DEATH cab for CUTIE! That is undeniably creepy.

“You gotta spend some time, Love.

You gotta spend some time with me.

And I know that you’ll find, love

I will possess your heart.”

Once again, who talks like that? Maybe Count Dracula would say something along those lines, but no one in their right mind would promise a girl to “possess her heart.” Sting may have been creepy, but even he honestly has nothing on this song. This just sets off too many psychological alerts to be bested.

“There are days when outside your window

I see my reflection as I slowly pass,”

“You reject my… advances… and desperate pleas…

Yes, he literally says that. Clearly, where The Police were content with sitting alone in their car with a camera, this guy was setting up to hide in the girl’s closet with duct tape and a rope. So next time you hear that wonderful love song playing on the radio, take some time to think about the lyrics. You’ll probably be surprised at the utter lack of cuteness in the words.