Pam Anderson’s Boobs Have Forsaken Her 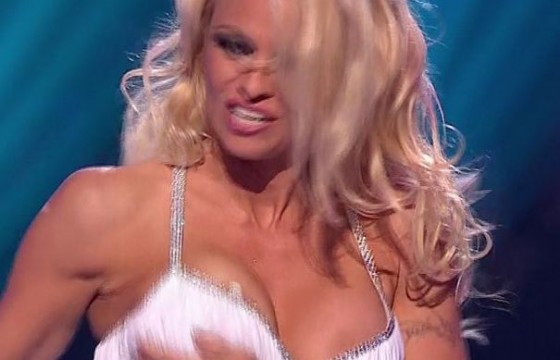 Pam Anderson is dangerously close to one day becoming our generation’s Grace Lee Whitney. If you don’t remember Whitney, she was the busty Yeoman Janice Rand in the original Star Trek series. She had sexiness down pat and a Federation issued mini-skirt. 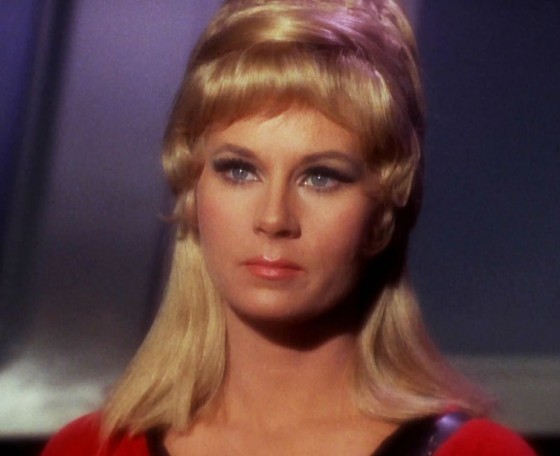 Grace Lee Whitney is famous in Star Trek circles these days for showing up at nearly every Star Trek convention and charging for every single autograph. If they had reality television in the 1970s, Whitney probably would have cleaned up. 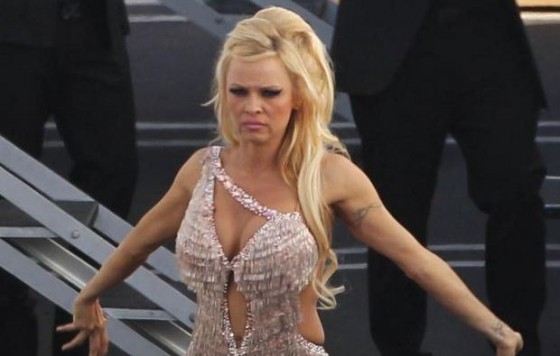 After several failed attempts at American reality shows, Pam has now moved on to British reality television. Pam is, by her own admission, completely broke. She apparently put all her money into building a ‘dream home’ after living for years in a really posh trailer park. There is nothing firmly confirmed on whether or not Pam’s version of a dream home includes a tattoo parlor and home sex tape studio. The latest attempt by Pam to capture glory was a British reality show called Dancing on Ice. Her ice skating career was derailed by being eliminated first. 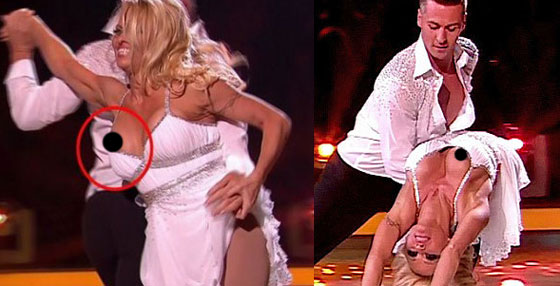 * censored for your protection, her nipples are kinda nasty.

Pam’s Achilles Heel might have actually been her right Achilles Hill. The right breast which was easily responsible for 33 percent of Pam’s fame had a lot of trouble staying in its desired location throughout the competition. As they say, if you live by the mammary you die by the mammary. It’s official.

Now, even Pamela Anderson’s rack has failed her in a way that sex with rockers and professional card players never really could. This has to hurt on some personal level. The boobs that launched nearly every career Pam ever had now have managed to sabotage her efforts to get more money. As we mourn all the things we did to ourselves while looking at Pam in a red Baywatch swimsuit, we have to equally figure out what a really posh trailer park looks like.