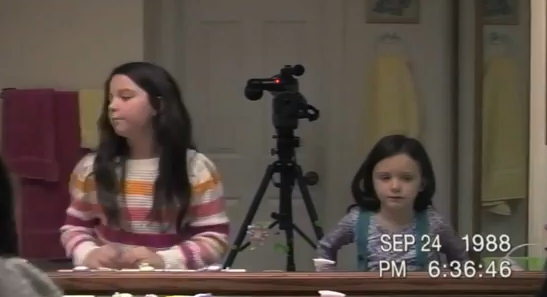 Paranormal Activity 4 will feature ghosts in the womb.

Ready or not, here comes the latest installment of the Paranormal Activity franchise. Yes, I use the word “franchise” because it has become quite evident that this series is showing no signs of slowing down. Saw, get ready for a fight to the finish – for better or worse.

The series has hit it big thanks to an extremely tight budget and patrons eager for a spooky thrill. Paranormal Activity 2, which came out October of 2010, cost only $3 million to make while it hauled in an impressive $177,000,000 at theaters worldwide. It doesn’t take a genius to see the immense profit potential.

OK, enough of the recap and on to the new information.

Paranormal Activity 3 is a (brace yourself) prequel. Shocking, right?

Set in 1988, we exchange digital recordings for some remastered VHS tapes. Ironic that the series shifts to VHS recordings as I’m willing to bet the majority of the target market for Paranormal Activity 3 may have never actually watched a VHS tape – or heard of one for that matter. While I’m being negative, I might as well point out that this movie already enters the scene a bit more subdued as it is obvious the two sisters both survive, as we have seen in parts one and two. That fact sure takes some of the mystery and suspense out of things but don’t be surprised if the filmmakers try to pull something ridiculous out of their hat.

As for the story itself, we will now learn how and why the two sisters (Katie and Kristin) featured in the previous two films came to be involved with ghosts and demons in the first place.

The trailer (below) uses plenty of footage from the first two installments while also introducing us to the now younger characters. Add in one predictable creepy play off a childhood legend and you’ve got yourself the teaser trailer.

What say you readers of Gunaxin? Does this series even interest you in the slightest or has this story overstayed its welcome heading into its third feature?

Paranormal Activity 3 is set to hit theaters on October 21, 2011