Media > Television > The Parenthood Cast Made a Music Video

The Parenthood Cast Made a Music Video 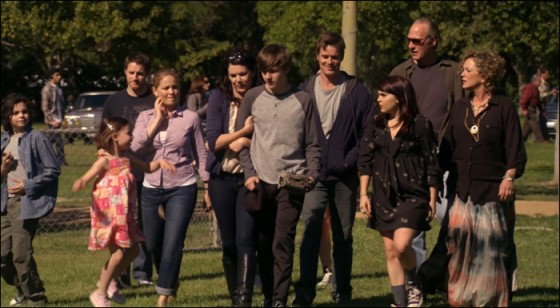 Here’s the deal with NBC’s Parenthood. There are tears. LOTS of tears. So many tears, they sometimes get in the way of what is an otherwise pretty darn good family dramedy. A quality series on NBC? I know, go figure. Anyway, the adorable Mae Whitman, who plays Amber on the show, has this singer boyfriend named Landon Pigg, and he made a video for a ’90s song called “Girl on TV.” I must confess, I rolled my eyes before clicking the link, but my premature discontent was quickly erased once I saw Craig T. Nelson and Michael B. Jordan busting rhymes. My one quibble: not enough Lauren Graham.

Parenthood will wrap season 3 next Tuesday night at 10pm.