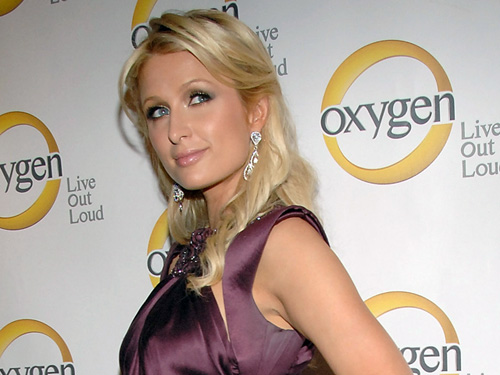 Did your hear the news? Paris Hilton has a brand new reality show on the Nitrogen, er, Oxygen Channel called The World According to Paris, which premiered Wednesday night. Despite the oh-so clever title, it took a massive corn-filled dump in the ratings, attracting a laughable 409,000 viewers via the ratings mavens at Nielsen.

This interview from back in February pretty much sums up what a deluded nitwit this boney blond really really is. Note how many times she uses the word “work.” (Apologies for the impromptu appearance from the equally untalented Cuba Gooding Jr.)

Obviously her and my definition of work differs greatly. Dancing on camera at a LA nightclub or pretending to be a pop singer isn’t the same as hauling 35-pound packages of roofing shingles four stories up a rickety aluminum ladder or digging a six-foot drainage ditch in wet sand. Tamato, tomahto.