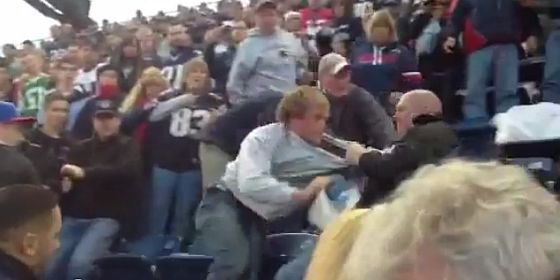 When division rivals New England and New York get together there are often fireworks. This week was no exception, as Jets coach Rex Ryan and his players were vocal in the week leading up to the game, predicting a win over the suddenly vulnerable Patriots. New England, coming off a surprising loss to Seattle, was actually quiet for one of the first times this season.

The game was as close as possible, with a handful of fourth quarter scores and a crucial fumble by the Patriots leading to overtime. New England prevailed in the extra period, escaping with a 29-26 win after Mark Sanchez surrendered  a predictable turnover in overtime to end it.

Equally predictable was the brawl in the stands late in the game between drunken fans. With tensions high during these division matchups violence seems to always follow, but this time it looks to be a case of Masshole on Masshole violence. We know it’s a case of bad timing, but we are guessing that this Bleacher Report author might be wishing he had held off hitting that submit button this morning.

*You just know the one guy in a Jets jersey in the background was getting real nervous as this thing started. 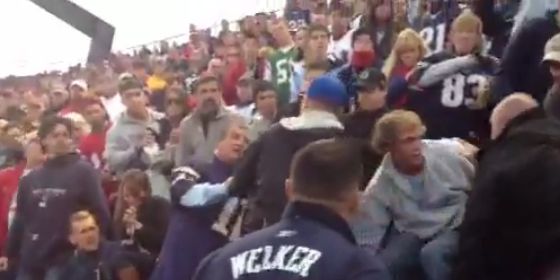