Sports > Football > A Peak Inside the Life of the Oregon Duck

A Peak Inside the Life of the Oregon Duck 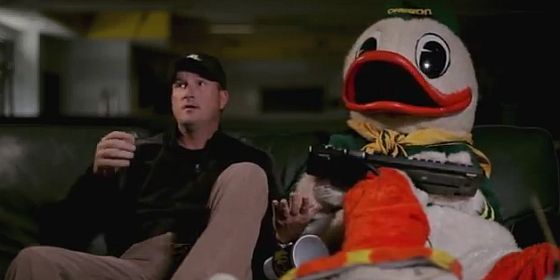 In anticipation of its top 25 matchup with USC, the University of Oregon has released a video tracking an average day in the life of their famous duck mascot. Despite rumors about his wild, even hedonistic, lifestyle, apparently a large part of his evenings are spent playing The Oregon Trail, the classic video game from the 1980’s. We were also surprised to discover that the Duck is responsible for the typically awful Oregon uniforms, we always thought that he had better taste.