Pedro Alvarez Has Arrived for Pirates 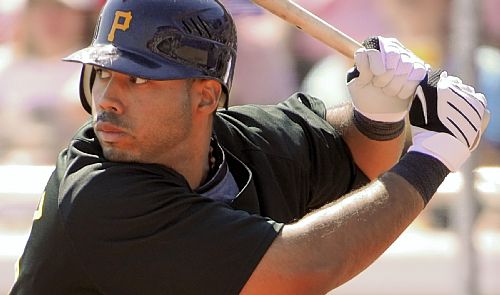 Being a Pittsburgh Pirates fan hasn’t been easy for the last 17+ years. Ever since Sid Bream legged out a lame throw by Barry Bonds, it’s been all down hill. Along the way to 17 consecutive losing seasons there’s been a few rays of light that lent some hope to the Buccos’ fanbase. For the most part, though, serviceable pieces to the ball club were traded or allowed to walk away before going on to flourish elsewhere.

There was first round draft pick after first round draft pick that failed to live up to even the most modest expectations, and the selling away of assets like Aramis Ramirez before he even had a chance to prove his worth. Then last season something changed. General manager Neil Huntington and the ownership group led by Frank Coonelly made a commitment to restocking the system. Middle of the road pieces like Nate McLouth and Eric Hinske, Jack Wilson, Ian Snell and Damaso Marte were shipped out of town in favor of younger players with a lot more to prove. Andrew McCutchen was promoted from Triple-A Indianapolis, and late-blooming rookies like Garrett Jones were given a chance.

Not that another losing season was seen as progress, but there was a commitment to youth that had in previous years been absent in favor of stop-gap pieces (read: Jeromy Burnett). McCutchen’s arrival was apparent from the get-go, and since his promotion last June there’s been a steady stream of prospects called-up. Neil Walker, Brad Lincoln, and Jose Tabata have all been given a chance to contribute to the club this season, and today will see one of the most promising prospects in all of baseball get his shot: Pedro Alvarez.

Alvarez, the second overall pick in the 2008 MLB draft, will immediately step into the middle of the Pirates’ lineup and take over the everyday duties at third base. The 6’3″, 225 lb Vanderbilt power prospect has exceeded expectations at Triple-A this season after a slow start by 13 home runs and 53 RBIs to go along with a nice .277 batting average.

There’s a lot more work to be done in Pittsburgh before the Pirates will be taken seriously again, but the arrival Alvarez signals that the time is now at least in terms of offense. Alvarez will be in the lineup tonight versus the Chicago White Sox, and we’ll find out pretty quickly if all of the hype and hefty contract demands were worth it. We do know this, though; don’t call him overrated…