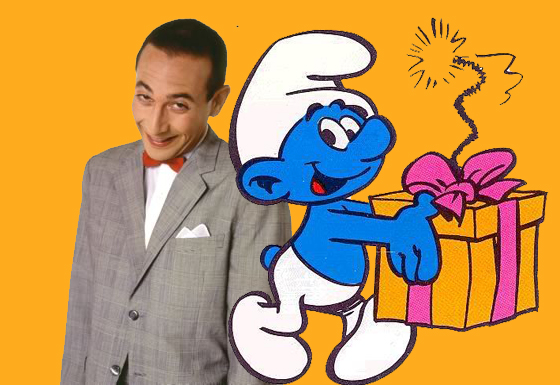 If you grew up in the 80’s then the following amalgam of two of the decade’s biggest icons will make you scream with glee… or perhaps cringe with disgust. I guess it depends on who you are. Just in case you aren’t aware, let me bring you up to speed: The guy who relatively-faithfully converted Scooby-Doo to live-action (Raja Gosnell) is turning those tiny blue mushroom-dwellers, the Smurfs, into creepy reality for next Summer. As this title suggests, Reubens will take on the roll of Jokey Smurf along side others like Neil Patrick Harris, Katy Perry, Michael Cera, and Jonathan Winters. So, lets all hope that our childhood doesn’t get nearly as heavily ass-raped with this production as it did with The Chipmunks and Under Dog. Here’s the full story from Yahoo.