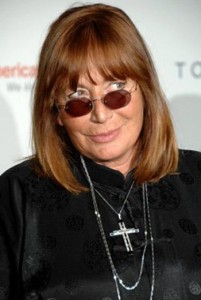 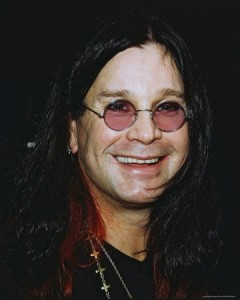 I was drinking Ethiopian coffee and watching Biography: Laverne and Shirley this morning and noticed something that I should have noticed a long time ago: Penny Marshall and Ozzy Osbourne were separated at birth. OK, one is from the Bronx, the other is from the mean streets of Birmingham, England, but both are incoherent, wear the same glasses, have the same hairstyle, sport giant crosses around their neck, and have the same wrinkled catcher’s mitt face. So when this revelation came to me I quickly googled ‘Penny Marshall and Ozzy Osbourne’ to see if I was the only one on the Internet to notice the similarity. Sure enough, TMZ noticed it also, only last week! To think, I was one week short on breaking this amazing story! But since users of Gunaxin do not watch TMZ (or watch A&E’s Biography at 8 in the morning), I had to let you in on this.

After this revelation, all sorts of ideas came to mind to capitalize off of this… T-shirts, board games, drinking games, anything to make a buck off of Is it Ozzy or is it Penny? But sadly, after much research and scrounging around the internet, the looks and the voice are where the similarities end, and it just isn’t enough to work with. But please, let me know if you see anything else that links these two pioneers of entertainment together, because I will forever be obsessed with their obvious connection.