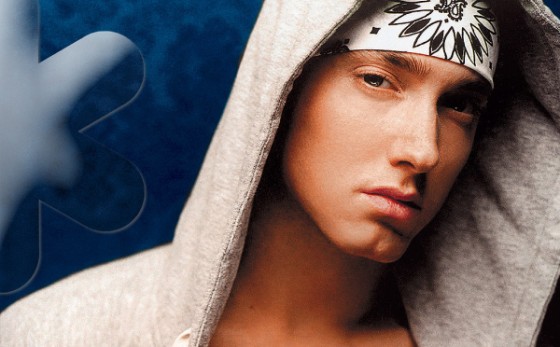 Eminem has been conspicuous by his absence in recent years, but his fans are still hanging around. On Thursday, his newest single titled “Not Afraid” became just the 16th song to debut on the top spot of Billboard’s Hot 100 Singles chart.

“Not Afraid” is the first track off his new album Recovery, which is due out June 12. With over 380,000 opening week downloads, the tune recorded the fourth-highest total in seven years.

Em will also be doing a couple stadium shows with Jay-Z in September. Geesh, he’s a busy busy boy. I wonder if a return to the spotlight means more highly publicized domestic disputes with on-again, off-again wife/girlfriend Kim. We can all hope.

If you haven’t illegally downloaded “Not Afraid” yet, here it is: