PETA Brings us the Sea Kitten 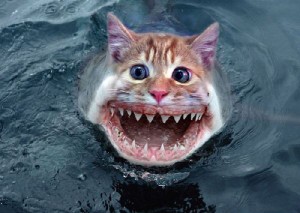 The much lampooned People for the Ethical Treatment of Animals has offered to save Pescadero State Beach in California. That is if the name is changed to Sea Kitten State Park. Governor Arnold Schwarzenegger has mandated the closure of 219 state parks, including Pescadero, in an effort to cut costs and save money on the state budget. But PETA have sent California State Parks Director Ruth Coleman a letter offering to save one of the beaches…for a price. Pescadero is a PETA target, because it translates to “the place to fish”. And PETA is no fan of harm to any animal, including fish. The idea behind the campaign is to associate fish with kittens (something people wouldn’t eat), in an effort to stop people from going fishing. But I think this video explains the idea better:

Note: Sea kittens dipped in mayonnaise taste soooo good. Also note: Jessica Simpson could not be reached for comment on this story.