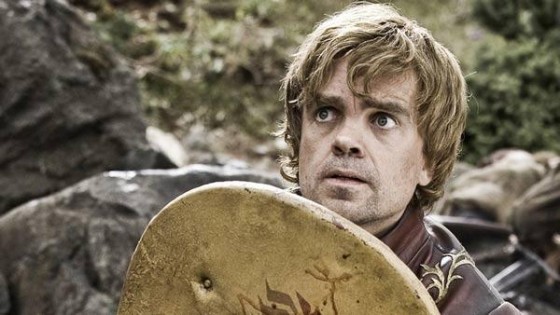 I didn’t catch the Emmys last night because I’m a red-blooded American dude, which means I was watching my Philadelphia Eagles get whooped on Sunday Night Football. Of course being a fan of all things pigskin, I’m also partial to the manliest of man shows, HBO’s Game of Thrones. To wit, I gave a hip hip hooray upon hearing that Peter Dinklage took home a well-deserved Best Supporting Actor Emmy for his role as Tyrion Lannister, aka The Imp. Tell us how it feels to work on such a badass series, Pete:

The beauty of Tyrion is he’s kinda sorta a villain and kinda sorta a hero. Better still, he’s the shining sense of humor in an otherwise dark and disturbing show. Check him out being funny and stuff.

Congrats to Dinklage. May he win many more “I act good” awards in his career.