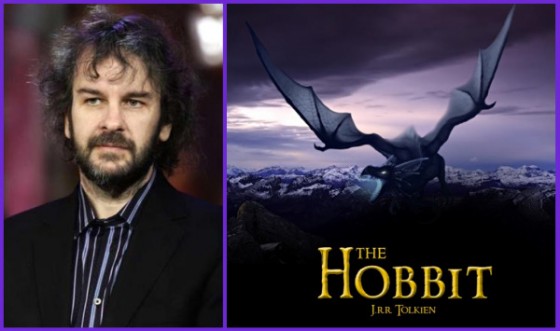 After what seems like an eternity, The Hobbit finally entered production this week. Meant to be a prequel to the now decade-old Lord of The Rings films, The Hobbit will see many of our old friends returning. Such as Sir Ian McKellen as the enigmatic Gandalf, Hugo Weaving as the ageless Lord

Elrond and even Andy Serkis will embody the always-scheming Gollum. Christopher Lee has been convinced to return as Saruman and Cate Blanchett will reprise the role of Galadriel, Lady of Light.

But probably the most important person to be brought back into this reunion tour is that of director Peter Jackson. As big a fan of Guillermo Del Toro as I am, this was Jackson’s baby and I think having him do the prequel will be better a better fit with the Lord of The Rings trilogy in both look and feel.

Return of The King: After numerous delays & legal battles, Jackson returns to Middle-Earth to finish the story

Sure, the delays have been painful and never-ending, but it is kind of a blessing in disguise. If they hadn’t occurred, Jackson would not have been brought back into the fold since he had numerous other commitments while waiting for the legal battles to the films rights to end. But a more experienced (and slimmer) Peter Jackson released his first video diary on his Facebook page this week chronicling the beginning of production on The Hobbit. It’s certainly worth a watch (available below).

The premise of the film will break the story into two parts. This has been quite confusing to many Tolkien purists. While the book isn’t that long in comparison to the Lord of The Rings novels, several events happen away from the main story. Jackson and his writing team of Fran Walsh and Phillip Boyens (the same trio that did the original trilogy) are probably going to bring those events to viewers eyes. The first film is scheduled to be released for Christmas of 2012, while the second film will be out a year later.

The second film is rumored to be a “bridge” film between The Hobbit and Fellowship of The Ring — probably covering a lot of things from the appendices as well. This leaves open the option of bringing back even more beloved characters from the trilogy such as Legolas, Gimli and Aragorn.

The good news is that, like before, both films are being shot simultaneously to avoid further delays in production. Also, there is a budget of $300 million, which is $15 million more than they received to make all three of the original films combined. Jackson has shown in the past (e.g. District 9) that he knows how to stretch a nickel. So the studio has been quite generous this time around. The fact that the trilogy grossed almost $3 billion in revenue the first time around probably factored into their decision as well.

But no blockbuster film would be complete without shooting a 3-D adaptation in mind. With this, Jackson is using a new method that is a first in the industry by shooting at 48 frames per second, as opposed to the industry standard 24. He believes this can revolutionize the way we watch movies. We shall see.

For those who don’t know the story of The Hobbit, what the hell are you doing reading this? Go buy the paperback and get started. It’s a quick read and doesn’t require quite the investment that the Lord of The Rings trilogy did. I read The Hobbit in sixth grade and always imagined how the “Riddles in The Dark” scene between Bilbo and Gollum would look on the big screen.

Finally, within two years, we’ll all get to see for ourselves.