Peyton Manning completed 22 of 26 passes for 318 yards and four touchdowns in last night’s demolition of the 49ers. In the process he passed Brett Favre on the all-time touchdown list with 510 in his career. It appears he is no-where close to done either, as his production is even better now than it was when he was playing for the Colts. Check out this infographic from the NFL which shows who each of his record-breaking 509 touchdowns went to. Not surprisingly, the majority ended up in the hands of Marvin Harrison. 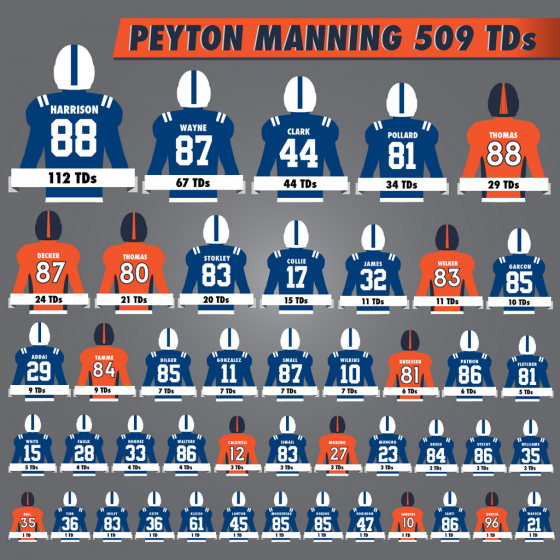