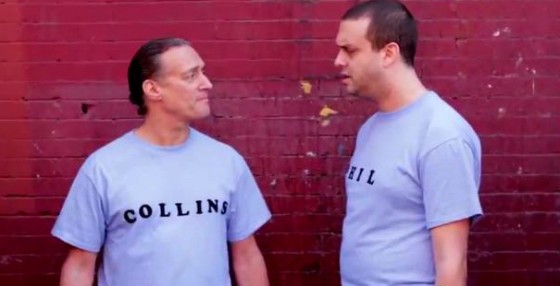 Ever been in line for a concert with a couple of diehard fans that can’t help but act like complete and utter morons? Ya know, the guys who are way too pumped to see their personal hero/heroes? The jackasses dressed in awful fanboy attire who feel compelled to belt out song lyrics and annoy everyone around them? Of course you have. That’s the premise behind the web series “What Are We Waiting For?” Watch comedian Joe DeRosa and Anthony Cumia from The Opie and Anthony Show channel their inner douchebag while standing in line for a Phil Collins concert.

[Via The Warner Sound]