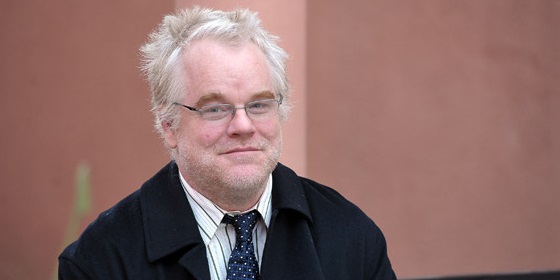 Philip Seymour Hoffman departed this life five years ago today, on February 2, 2014 at the age of 46, from a drug overdose. He had been clean of the habit for twenty years at the time. And despite the tragic nature of his death, it seems inappropriate to get all maudlin and treacly over his death, since he was involved in projects that mocked our fear of death and our blinkered view of our lives, such as Charlie Kaufman’s polarizing Synecdoche, New York (way more about that later.) It just doesn’t feel respectful to squeeze out crocodile tears about the passing of Andy from Before the Devil Knows You’re Dead or obscene phone caller Allen from Todd Solondz’s Happiness.

So instead of mourning on this anniversary of his death, we’re here to celebrate the career of a great actor. A performer who got us to laugh in misery, to celebrate the stupid and ugly in life, for all that has its own beauty. Or something.

Contributing an enjoyable scene to a saccharine, garish film like Patch Adams was sure to be a tall order, and Hoffman certainly does his part here. For many people dragged to this movie by their parents or forced to go because they couldn’t think of a more family friendly film, this scene from Hoffman offered one of the few sane bits. In the face of Adams’s aggressive quirkiness, his character Mitch has probably the most real and human response. He’s exasperated, contemptuous, and comes from a sane if bitter place instead of the two-dimensional evil of Hunter Adams’s nemesis Dean Walcott. Of course the movie insists that Hunter Adams has the last word and such, but really it’s Mitch that leaves the strongest impression in the scene.

“This is My Work”

No one needs to really be sold on the idea that Hoffman’s turn as famed writer Truman Capote was one of the best performances of 2005, what with him winning the Academy Award for best actor from his turn. His performance is surprisingly vulnerable, non-threatening, and yet there are moments like in the above clip where he can give Capote a soft-spoken ruthlessness that seems almost sadistic. It’s a really compelling mixture to say the least.

Mary and Max is an extremely underappreciated stop motion movie by Adam Elliot about two unlikely pen pals in New York City and Australia. Probably a big part of its underappreciation stems from its constant bathroom humor, dryness, melancholy (what with a suicide scene scored with “Que Sera Sera.”) and the fact the characters are often hardly cute in the Disney sense. In this scene, New Yorker Max is giving his perspective as someone with his condition in a manner that’s not cloying or treacle in the least but nor is it mean-spirited in its humor either.

Probably anyone that saw The Master best remembers the scene where Hoffman’s character Lancaster Dodd breaks down Joaquin Phoenix’s Freddie Quell in a single take with nothing but controlled, persistent questions. That or the scene where he calls a skeptic “Pigf***!” And while it’s a great scene, these outtakes seem to offer a better insight into the real difficulties of acting. It’s not maintaining an intensity or anything, it’s not bursting out laughing after laughing ten times. At least even while yelling at someone who distracted him offscreen, Hoffman still manages to look extremely suave and poised as he curses out whoever that was that responsible for making that an outtake.

“We’re All Hurtling Towards Death”

Given that Synedoche, New York is about an artist devoting the last years of his sad, dissatisfying life, it’s not the happiest note to end on. Still, it seems much too fitting. It features scenes where a eulogy for a person playing the main character Caden Cotard (Hoffman) in the play Cotard is staging gets performed during rehearsal for the play. It features a subplot about a woman who buys a house on fire and lives in it. But it’s this scene that best communicates the tone and message of the movie and comments on the reason you came here to read this. Also it’s pretty funny. 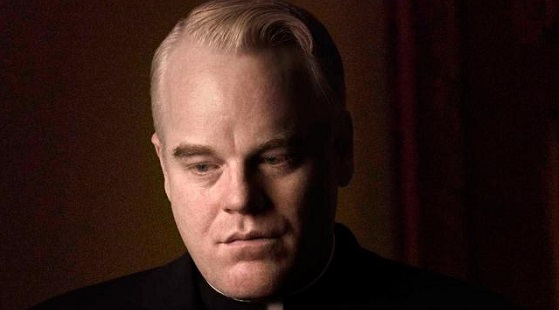