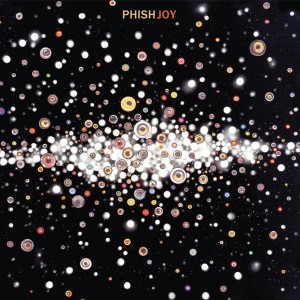 Honestly, if I were to choose the minimalist approach to writing reviews so much so that I could summarize this new album (yeah, still kickin’ it old school) in one word, it would easily be the title itself: JOY. I had such a good time listening to Phish climb out of their four-year sabbatical, that it honestly felt like going home, but somehow, with far better upholstery.

I’ve been a Phan since long about 1994. I was introduced to Phish by a very good friend of mine then while we all sat in an old, run-down shack with electricity coming in courtesy of a gas generator outside… and in some respects, it felt all too right. I had my first taste from the album Junta, and I immediately fell into a deep, sloppy love with Divided Sky. It and Fluffhead were easily my favorite tracks, with David Bowie and Fee coming a close second. The point is, that was day I finally realized what it was to know and truly enjoy good, decent, well-put-together, rock and roll for the new decade. Oh sure, they’d been around, as a band, since 1988, so I was a little late to the initial party, but that mattered little to me: I was hooked like, for lack of a better term, a fish. 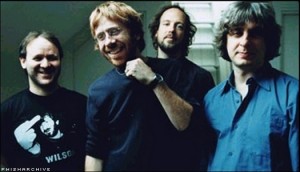 Soon the concerts came. I have been lucky enough to have seen their amazing performance five times and have, over the past ten years, managed to collect nearly fifty of their live sets. It is all too true that you have yet to know Phish really until you witness (or, even hear) them at a live performance. This is specifically what the band was created for. In one explanation, they are like a car: a kick ass car is meant to be appreciated on the open road, never just sitting there in your driveway. Seriously, if you are new to this Phish love maybe thanks to a good friend as I was, seek out as much of the live stuff as you can possibly get. Heck, see them live! They have begun another tour just after finishing their ‘reunion’ sets, and they sound every bit as good as ever.

Now onto Joy. I was not a huge fan of either of their last few albums, save their very last one, Round Room. Something faded, something changed, and it felt like something was lost. Perhaps it was the excessive drug use we’ve heard so much about, maybe it was a classic case of butting heads… who knows. But it is very obvious that the break did them a metric ton of good. Joy is so cohesive and musically flowing that it instantly brings one memories of Billy Breathes… and I loved that album. Fluidly, this album feels like a lazy river meandering quickly into a ravaging torrent, and gushing right back into a steady flow of artistic purity. 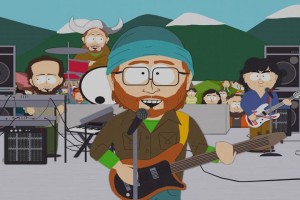 The first track, Backwards Down The Number Line, plays like a celebratory thanksgiving with its happy, lilting party-style atmosphere. Stealing Time From the Faulty Plan, song two, has such a brutish, gnashing power to it that it almost jars just a smidge… but in an amazing way. Song three, the title track, is at its core a tune about the band’s feelings toward coming back as a fellowship, yet plays just as much about a lady friend. Sugar Shack is such a Phish song that it made me giggle just a bit. Once you hear this, you’ll be reminded of Poor Heart and Sparkle.

The next tune is Ocelot and, for Phish devotees, this is te tune that will definitely make the crowd go apeshit for it is all Phish, all the time. Kill Devil Falls is almost like the bastard twin of both Tweezer and Chalkdust Torture, and equally as impressive. Light and I Been Around are, for the most part, the typical album’s filler or sorts. Not to say either is bad or out of place, just that they’re not particularly spectacular. However, track 9, Time Turns Elastic is stunning. The song is, in a way, a little bit of several songs spliced together, and that’s really what it was when first played. It feels very Alan Parsons meets Middle-Age Pink FLoyd. Excellent prog-rock. And finally, Twenty Years Later is exactly what it sounds like it ought to be: the band looking back over their amazing last two decades. All in all, this album gets a solid 4.5 out of 5 stars from me. Phish Phans unite: this is an amazing achievement.