Sports > Olympics > Photo Finishes are Really Bizarre at the 2012 Olympics

Photo Finishes are Really Bizarre at the 2012 Olympics

It’s not that Olympic Photo Finishes themselves are bizarre, but the several that have been captured in London on apparently newer camera technology (see this post for all the cool details) look as though the competitors are made of the same stuff as Gumby. Feet look elongated, legs turn to the size of tree-trunks, and boats seem to stretch on three times longer than they already are. Now I don’t claim to understand how anyone can rely exclusively on this pictures to determine winners, but what I can claim is that these images look like something out of a Dali painting. Here are a few. 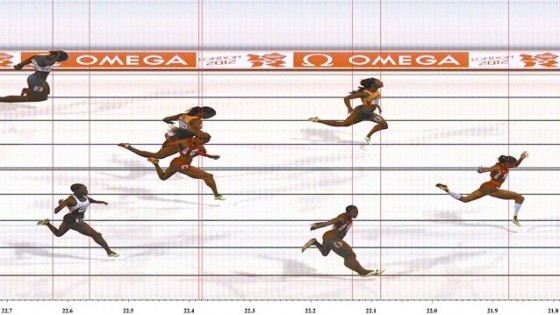 I love the disproportionate legs in this one. They look like very graceful mutants. 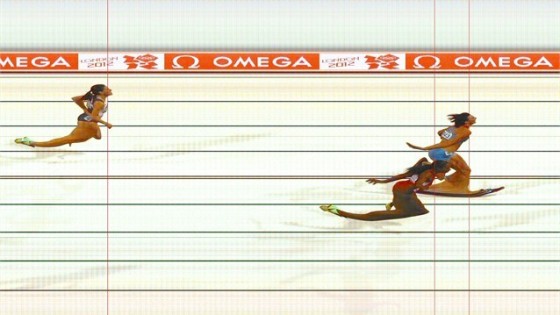 The top right runner is apparently on skis and the one below her looks like some kind of bird-lady hybrid. 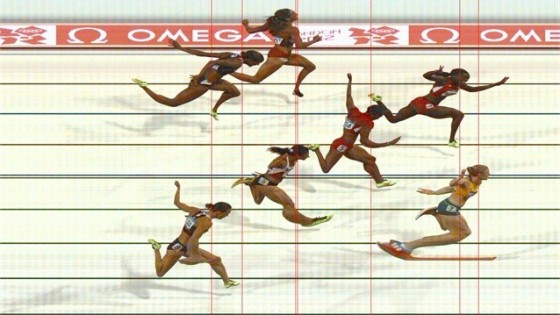 It looks like the bottom winner won by a gigantic toe. 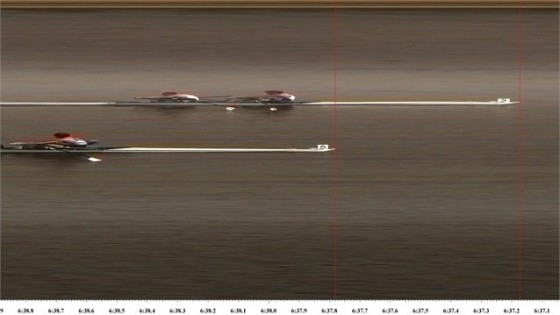 The boats are almost as long as the distance from start to finish. 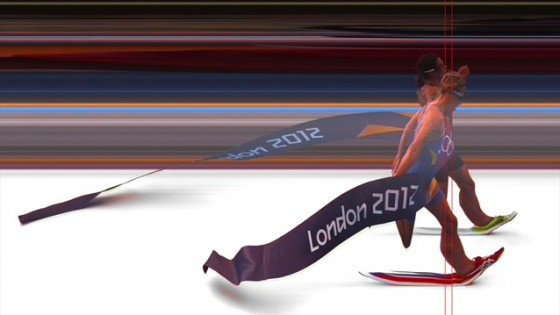 There was a pile of rainbow unicorn poop right at the finish line and they both stepped in it. 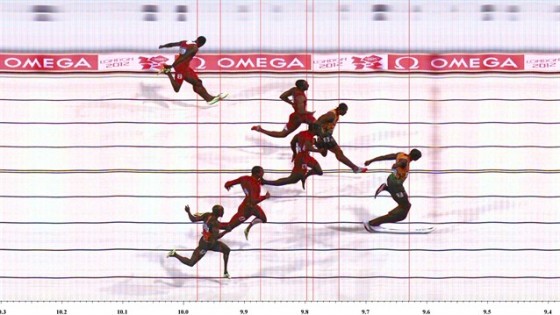 Winner: Man with one clown shoe. 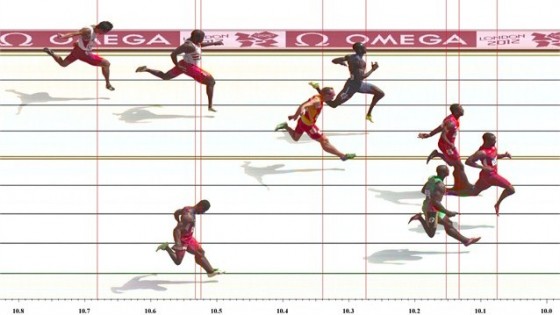 The top guy in the three-man clump there on the right was half melted when they won.