Breaking Down The March Madness Cinderellas 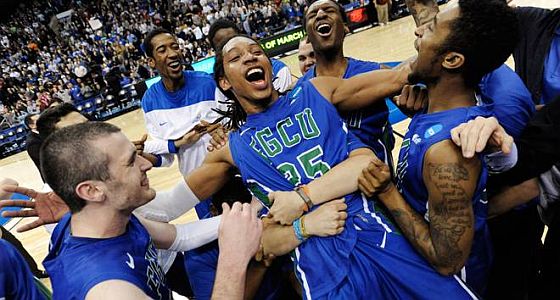 We’ve made it through the first two rounds (screw you NCAA, the play-in games aren’t the first-round) of the NCAA tournament, and there are a number of surprise teams still playing. If things had gone to plan, no teams below a four-seed would still be playing, but, as usual, nothing goes according to plan. This year, we’ve already seen losses by a one seed, a two seed, a three seed and a pair of four seeds, with only one region, the East, having their top four teams remaining. Those five losses mean that five teams that the NCAA masterminds expected to lose are still playing, and each bring their own qualifications to the table. We take a look at those five teams and decide which ones have the best chance to keep playing past the Sweet Sixteen. 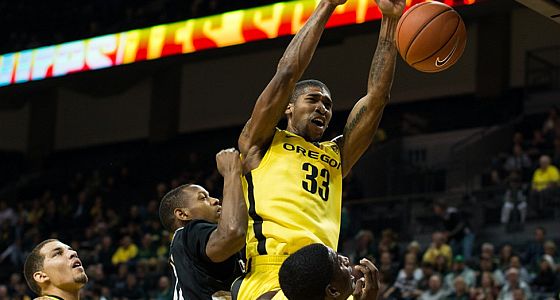 The success of Oregon and fellow Pac-12 team Arizona help the argument that the conference was criminally underrated when it came to seeding. Oregon had a pair of convincing double-digit wins in the first two rounds, but now comes up against overall top seed Louisville in the Sweet Sixteen. Arsalan Kazemi has dominated the boards for a total of 33 rebounds so far, and he will need to keep it up against a talented Louisville front court. Oregon also needs to keep down the turnovers, as their 18 against St. Louis will doom them against the dominant Cardinals. We don’t like their chances; Louisville is far too talented to let Oregon get away with another slow start.

FGCU is the most popular team in the tournament, using long-range shooting and an array of impressive dunks to become the first 15 seed to survive this long. Their reward is a matchup with in-state “rival” and #3 seed Florida. Florida is a well-rounded team, getting quality minutes from nine different players, and won the SEC title this season. The key to this game is Florida’s ability to defend players 18 feet from the basket, as that strength will dictate a tempo and game plan that won’t work for FGCU. Swingman Erik Murphy is going to be too much for FGCU to handle on both sides of the ball, leaving FGCU to rely on their big men to generate most of the offense. 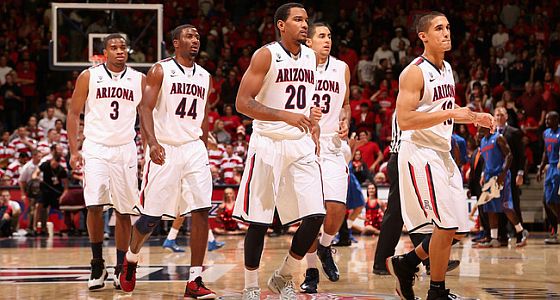 It’s only fitting that party school Arizona went through a pair of academic upstarts on their way to the third-round of this year’s tourney. As with Oregon, Arizona appears to have been under-ranked thanks to a perceived down year in the Pac-12, which allowed them a relatively easy path to a Sweet Sixteen matchup with Ohio State. This game represents a contrast in size, as Arizona fields a pair of freshman who clock in at 6’10” and 7’0″, and a 6’7″ Forward in Soloman Hill who will create nightmares for opposing small forwards. Meanwhile, Ohio State has guard play for days, and will want to go with three of them to exploit the lack of speed on the Arizona defense. This game could be ugly if Arizona goes big while Ohio State goes small, with both teams scoring at will against an over-matched defense. 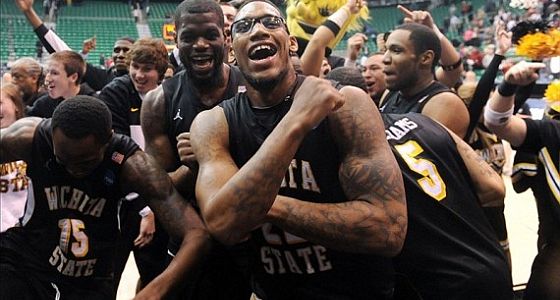 In the least surprising upset of the tournament so far, the Shockers toppled top seed Gonzaga to get this far. Cleanthony Early paces the offense off the bench, scoring 37 points over the first two game of the tournament after averaging a team-high 13.6 in the regular season. Wichita State has shortened their bench considerably, giving significant minutes to only seven players after having 11 players average double-digit minutes in the regular season. 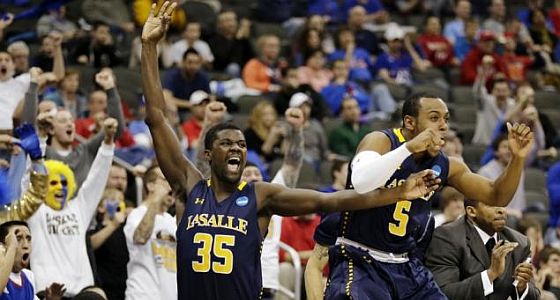 LaSalle has had the longest and most harrowing road to the Sweet Sixteen, and are rewarded with a matchup against fellow lower seed Wichita State. After a nine-point win over Boise State in the idiotic play-in game, the Explorers have survived with a pair of single basket wins against major conference teams. This is a team that can’t hold a lead, choking away an 18-point halftime cushion against KSU, and leading Mississippi for 20 minutes before needing a last second shot to win. LaSalle, which plays in the Atlantic 10, runs four guards at a time on the floor, with 6’8″ sophomore Jerrell Wright the only forward in their rotation. They will attempt to run Wichita State off the court, and seem to have the legs for it after surviving three games in five days last week.