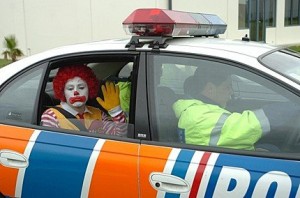 News.com.au has the story of Ronald Vikash Gander, a man who along with his girlfriend, pimped out a 16-year-old schoolgirl to have sex with men by paying her with chicken nuggets. It apparently was all part of some master plan to afford rent on their downtown apartment. Gander would receive all the money, totaling in the thousands of dollars, and the prostitute would receive nothing except for the occasional box of chicken nuggets.

These allegations came to light in the course of the trial of Gander, during which the judge exclaimed, “The girl was used as if she was a piece of meat … and your conduct can properly be described as that of a sleaze merchant.” I must say there’s a certain symmetry of the judge calling the girl being used as a piece of meat, when she was paid in pieces of meat (assuming McNuggets are real meat). Gander plead guilty to several counts and was sentenced to two and a half years of jail time. 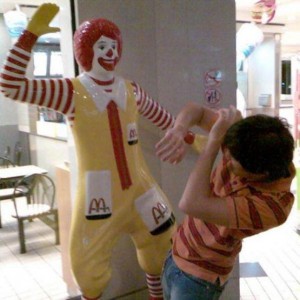 The lesson in all of this? Gander is apparently no match for Ronald McDonald, who’s pimp hand is strong. Ronald is so smooth he has a Ph.D., a Pimpin’ Hos Degree. Reports state that Gander had initially reached out and contacted McDonald before his arrest, but Ronald allegedly retored, “Whatchoo talkin’ about, punk?! You the Baltic Avenue of this board, you talkin’ to Park Place, baby!” Without Ronald’s sage wisdom, Gander was lost and eventually was arrested. I will say this, Ronald is a cold-hearted bastard and would never let a ho get out of line. Hell, he even pimps out his own daughter: