Sports > Football > The Pitt Panthers Have a Kicker Named Blewitt. No, really

The Pitt Panthers Have a Kicker Named Blewitt. No, really 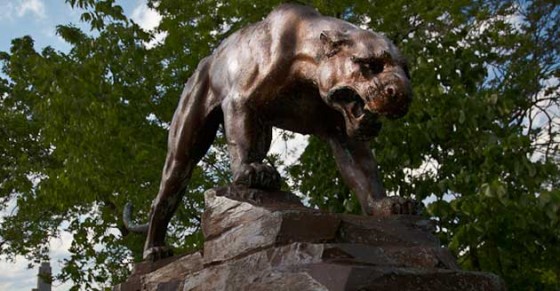 Either the Pitt Panthers football program has a twisted sense of irony, or an overabundance of confidence. Either way, offering a scholarship to a kicker named Chris Blewitt is bound to elicit a wealth of puns and quips over the next four years, especially if the kid ends up standing in the spotlight with a game on the line. Allow me to get the ball rolling with this awesome exchange between Sly Stallone and Robert De Niro from the movie Copland.

I can’t wait for football season to start.