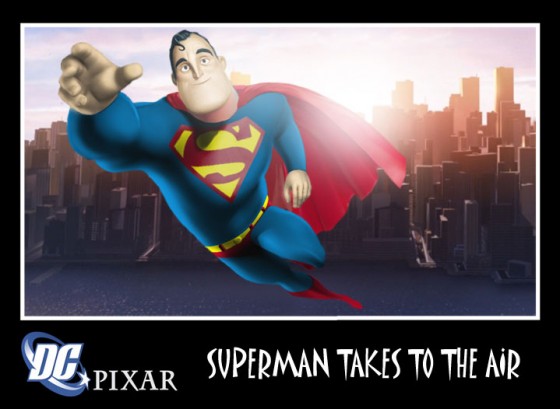 Yesterday we introduced you to the amazing artwork of Phil Postma with his collection of Pixar mashing up with Marvel Comics. Today we wanted to highlight the second half of that effort, with Pixar characters merged with their DC Comics equivalents. We haven’t checked them all to be sure, but it looks like in the 50 images, there is a one to one correlation between the Pixar characters and their comic-book alter ego. Check out the 16 DC Comics images below, and even more amazing creativity at Phil’s site, Minion Factory.