Grub > Food > Planning Ahead For Your Thanksgiving Leftovers

Planning Ahead For Your Thanksgiving Leftovers 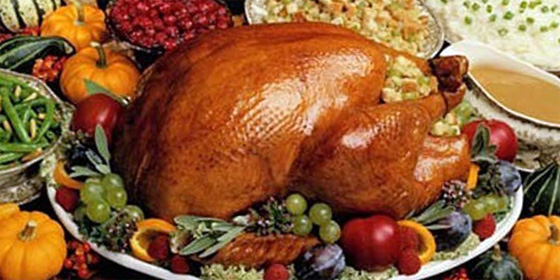 Look ahead with us to when it’s officially over. The maelstrom of hungry patrons have all retired to the softest furniture in the house to nurse their food babies with beer and belches. The table is a catastrophic mess where pools of cold gravy congeal next to tightening wads of mashed potatoes and discarded flecks of marshmallowed yams. And there, in the center of the spread, the yawning maw of a bird carcass where sticky bones jut into the Holiday atmosphere like the gnarled fingers of a zombified corpse. But, hanging in scattered globs from tattered wings and the twisted wreckage of drumsticks are bits of forgotten meat; perhaps even the tan remainder of half a breast glistening its once sought-after sheen at no one anymore. 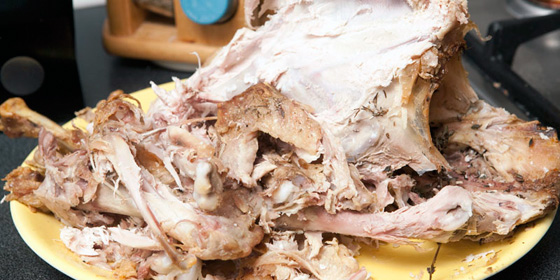 The battleground has been left a smoldering heap… oh but the leftovers. What to do with all that excess? And why on Earth did you cook enough food for a small, third-world nation in the first place? As you sit, massaging your bloated gut, it occurs to you that something has to be done with all that’s left. So? What to do? Well, if you feel like listening to me (and I’m not so sure that’s a great idea), here are a few helpful ideas. 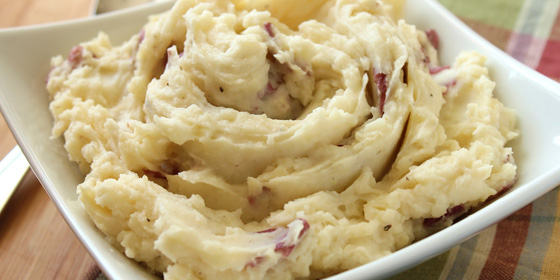 Whether you slaved with a peeler and a sweaty brow, or just dumped a box of fake flakes into a pot of boiling water, the end result is always the same: leftover mashed potatoes are good for precisely two things. 1) maybe gnocchi if you’re so inclined to blend with eggs, a little flower, and some herbs, or 2) bathroom grout. Probably the most sensible of the two options. Besides, the tiling near the toilet has taken on enough spilled urine to literally turn them a nice shade of umber. Peel those offensive bastards up, spread out a fresh layer of smashed spuds, and lay some new flooring. Also: the fresh scent of buttery deliciousness lingers for long, long time! 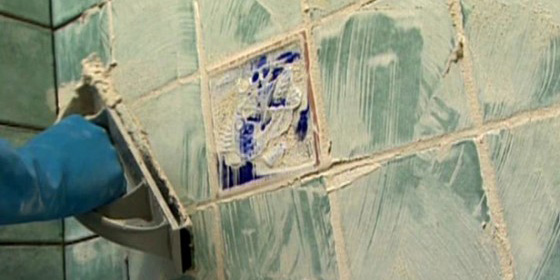 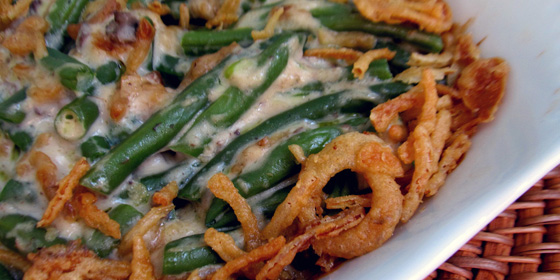 Maybe I’m just a cynical shit head, but I’ve never been all that fond of the eclectic melange of canned green beans, cream of mushroom soup, and never-crunchy crunchy onions. There’s just something so ‘Unnecessarily 50’s Nostalgia’ about it. Now, don’t get me wrong… I’ll eat it up (and whip it up) if it’s Alton Browns ‘Good Eats’ version. That stuff’s magic. But I digress.

This is one of those leftovers where you either feed it to the dog, or maybe put into some creamy soup you were considering. I suppose you could break it down into its component parts and… I dunno… reserve them to unsuspecting and undesired guests? Nah, let’s stick with the dog. Just don’t forget to let her out, because vomit is on the horizon. 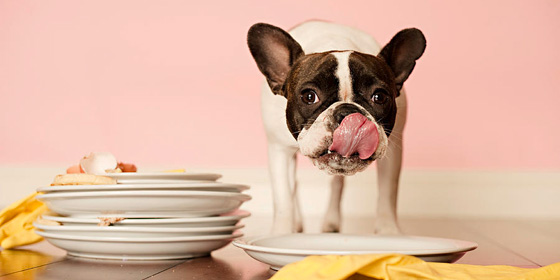 The Sweet Potatoes and Marshmallows 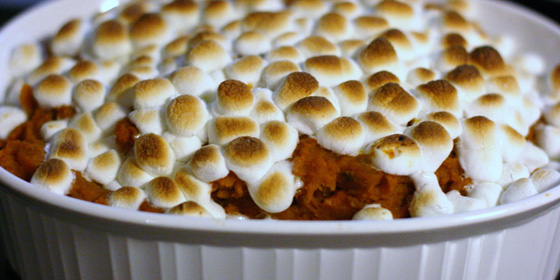 Evidently, tradition dictates that some disturbed jackass ruin some perfectly good mashed sweet potatoes with a shitload of dastardly marshmallows. I don’t know who’s dumb idea this was, or from whence it came, but it is a diabolical nightmare. Marshmallows are only good for two things: campfire toasting, and campfire toasting for S’Mores. And that’s it! No excuses.

So here we have the dilemma of how to possibly scrape the offending confection from the orange goodness beneath. I suggest a large spackling knife, or maybe a mortar trowel. Either way, that candied bullshit needs to go. It’s awfully good as a shoe tread repairer. As for the taters? They make great sandwich spread with the meat. Trust. 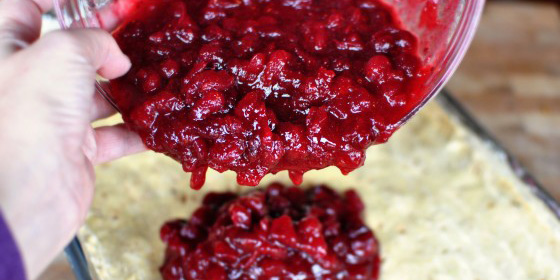 I don’t typically have an issue with cranberries as a fruit, or really as a jellied mass out of a can for that matter, but when people start chucking in bits of Gummy Bears, pineapple tidbits, coconut, quinoa, and other assorted detritus… well then things get a little too out of hand for my taste. It’s a popular side dish ’round these parts, though, that’s for sure. Somehow simplicity has taken a bitchy backseat to additions and additives that make an otherwise acceptable tart treat into something best saved for a ‘Chopped’ episode.

Well, anyway, the point still remains that you’re likely to have a little of this stuff leftover, too. So what to do? Well, if it’s just the wiggly, gelled mass, just spread it on toasted bread with a little turkey and let the good times roll. If it’s the shit with pine nuts and pencil shavings, mix it in with your Christmas fruit cake batter and hock it off at your work party. Mmm… disgusting. 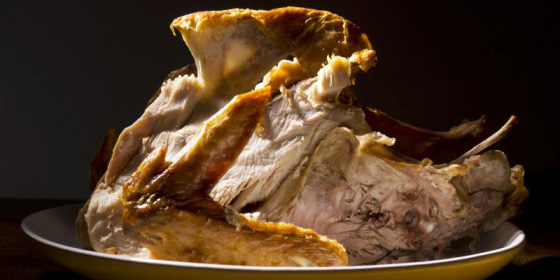 This one’s deceptively simple, yet easy to screw up with aplomb. First off, no one wants turkey everything for the better part of the next month leading up to Christmas, so get a little friggin creative, okay? Secondly, it’s also not okay to just make turkey soup and call it a Holiday. That’s lazy and in and of itself becomes a festering pool of leftover pond water quick as you like. Sandwiches? Hell yes. A few times, you bet. Turkey pasta casserole? Damn straight, son! We call it Tetrazzini, but you might have your own moniker. Go nuts. Turkey stock? Well, well, Wolfgang Puck, look who’s being all chef-y! You see where I’m going here. Try new things so maybe you wont have to have turkey again for Christmas. Even though you totally should. 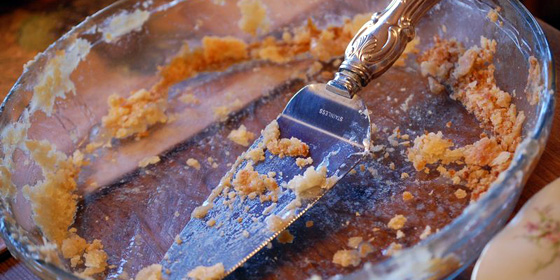 If you have leftover pie, you have failed Thanksgiving.

So there ya go: a few hopefully helpful hints to make the most out of your holiday feast! Nobody loves leftovers, but there’s no point in feeding all your bits and pieces to the Bumpass’ dogs. Besides, that bathroom tile ain’t gonna re-grout itself, son. Happy Thanksgiving.