Where The Playboy Club Went Wrong 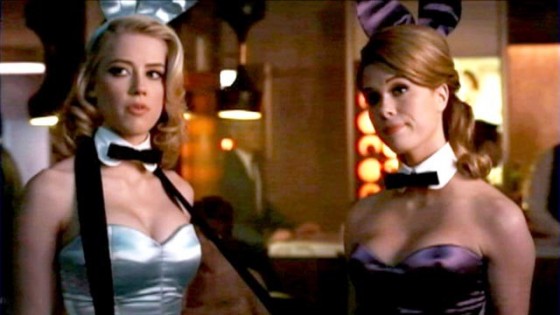 It took three weeks for the first of the new fall TV series to get axed. Sadly, the victim was a show with great potential that somehow bombed horribly. The Playboy Club had the makings of a hit for NBC and they needed one that wasn’t a Thursday night comedy, Saturday Night Live or The Biggest Loser.

In all seriousness, this show could have been gold. An hour-long drama with hot girls in skimpy outfits? This is a “no-brainer.” This should have exploded. Instead, it limped into its debut and over the next two weeks, flatlined. So what happened? Well, a number of problems ruined its chances for success. 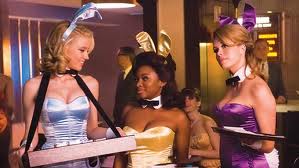 First, this isn’t an attack on right-wing Christians, so calm down. The good ol’ Parents Television Council (parenting what your kids watch on TV so you don’t have to) called the show a “blatant attempt to obliterate any remaining standards of broadcast decency.” This could have been true… if that’s what the show actually did. As someone who watched all three episodes to air (more than once I might add), I want to know if there is a different cut of the show that the PTC watched or if they even watched the damn show in the first place. Honestly, the only indecent thing about this show is how amazingly tame it was.

The next major problem was a lack of star power. Okay, it had Amber Heard who was great in Pineapple Express, Drive Angry, and the never-gonna-be-released horror flick All the Boys Love Mandy Lane, and she used this show to prove she could do dramatic acting. And if “dramatic acting” means look nervous and on the verge of tears every 30 seconds, then she pulled it off. 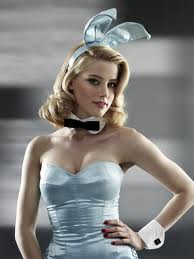 Add David Krumholtz as the manager of the Key Club, who you might recognize from Numbers or his bit roles in countless other things. Well, he’s barely recognizable and scarcely used. Granted his character was not the focal point, but he is easily the most famous of the cast. The rest is mostly unknowns. 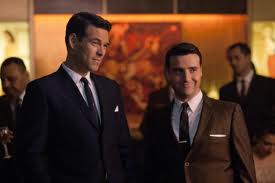 The male lead was Eddie Cibrian as Nick Dalton, a former mob lawyer now trying to run for Assistant District Attorney. Does anyone know who this guy is? Anyone at all? If you read the tabloids you might remember him as the guy who left his wife for LeAnn Rimes. Firefly alum Sean Maher had a recurring role as a gay man married to a Bunny who is secretly a lesbian — a storyline that could have led into interesting territory but sadly we’ll never know. Everyone else was probably hoping this was their big break because all they had to show for themselves were bit parts here and there.

And they have an actor playing Hef, but we never see him! He has his back to the camera the entire time like George Steinbrenner in Seinfeld. That’s just not right! Hire an actor to play Hef and put Hef on the screen, damn it!

A cast of unknowns isn’t always a sign of doom, but there is usually a star to carry the weight. Amber Heard is not that star, yet. 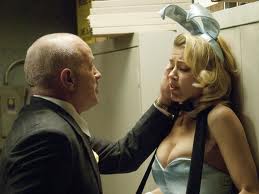 Had the show been as risqué as the PTC claimed it was, things might have fared better. Instead, NBC delivered us a watered-down drama that desperately wanted to be Mad Men. But, it wasn’t Mad Men. Not even close. This is the Diet Coke of Mad Men. It’s not surprising networks have started doing period dramas, riding the coattails of AMC’s Emmy-winning hit, and it looks like ABC might have a modest success with Pan Am. The Playboy Club had the potential for Mad Men level drama but it never reached that high. Probably because it was on…

God bless NBC for putting this show on the air. But, it didn’t need to be on NBC if NBC was just going to water down the show. Or it might have been this bland from Day 1. We’ll never know. But, the show was called The Playboy Club. The title alone conjures up possibilities of sex and drama. Not saying it has to have a naked girl every five minutes, but even hinting at one would have been a step in the right direction.

This show needed to be on HBO, Showtime, FX or AMC. You know, networks skilled in creating dramatic television. Face it. Most network dramas (and by network I mean ABC, NBC, CBS, and FOX) never live up to their cable competition. This kind of show can still be sexy and controversial and safe for network TV without being dull and bland. Unfortunately, The Playboy Club was bland and it shouldn’t have been.

We can point the finger all day at whatever forces led to the demise. The show’s executive producers are hoping that a network like Bravo will pick it up and that’s great if Bravo would put some (metaphorical) balls into it, but if they intend to deliver the exact show NBC got rid of, I say let it go. And put Ms. Heard in something that will let her shine.

This could have been a big success. Instead it was a big mistake.