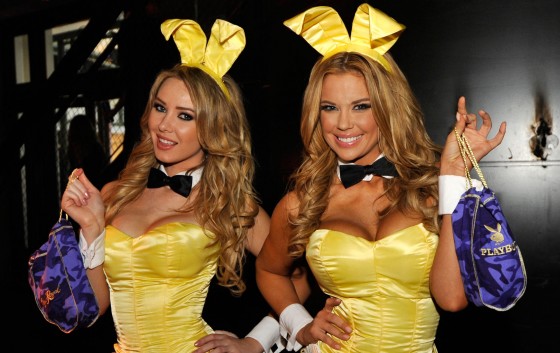 Some of the highlights of Super Bowl week are numerous parties held around town on Friday and Saturday night. This year in New Orleans is no exception, with one of the hottest being hosted by our friends at Playboy and Crown Royal last night.

The Playboy Party Presented by Crown Royal will be held at Jackson Brewery Bistro Bar on Friday, February 1, 2013, and promises to be one of the Big Easy’s most talked-about events. The legendary evening will be hosted by 20 Playboy Playmates, with music by DJs Devin Lucien and Jesse Marco and special performances by B.o.B and Trombone Shorty. With help from iconic whisky brand and presenting sponsor Crown Royal, celebrities, athletes and VIPs will be treated to an evening filled with Playboy sophistication and New Orleans-style charm and influence.

VIP guests also had the opportunity to give back to U.S. Soldiers by participating in The Crown Royal Heroes Project. Upon entering the party, celebrities, athletes and Playmates were invited to stuff a camo-themed purple Crown Royal bag with snacks that will be sent to troops overseas. Check out the photos below (by AP on behalf of Crown Royal) for some of those festivities, and see if you can name the celebs:

The bunnies even stuffed a special bag for us, which commemorated our official prediction for the Super Bowl. As you can see, we’re picking our hometown Ravens with 27 points over the 49ers with 24. If we get that pick exactly right, they’re going to send us a bottle of Crown Royal Extra Rare, which we’ll gladly give away to a lucky reader at our own Gunaxin March Madness Party presented by Crown Royal. 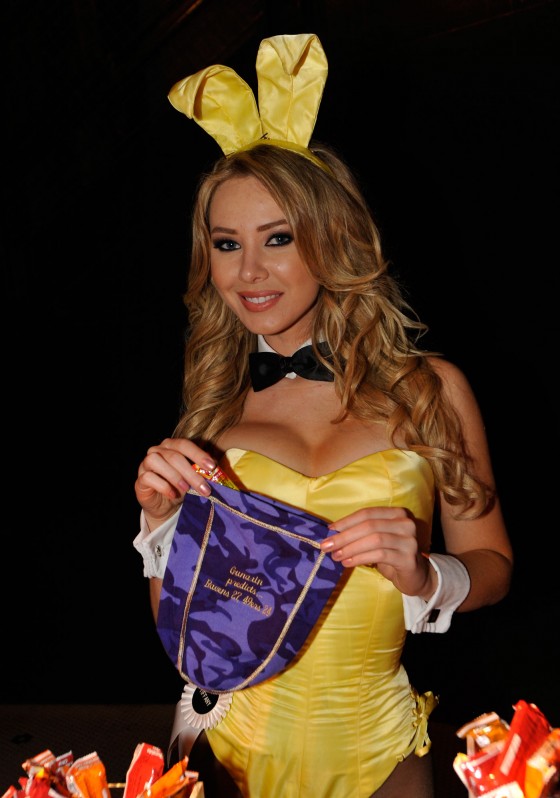