Most Pointless Service Money Can Buy? 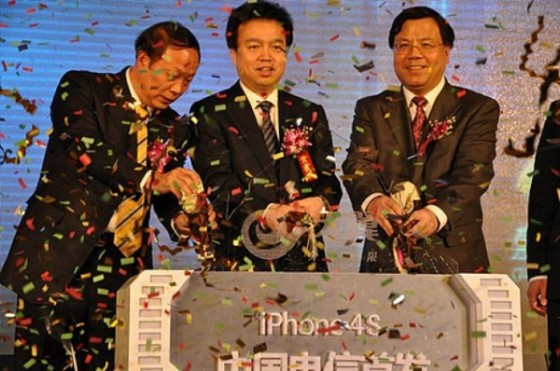 If you own an iPhone, first of all, congratulations on your unique choice of mobile communication device, second of all, you’re probably familiar with the fact every email you send ends with the phrase “Sent from my iPhone“.

Whereas to most of us it’s just an excuse for making spelling mistakes, others have been looking on with envy and by others, we mean everyone in China. 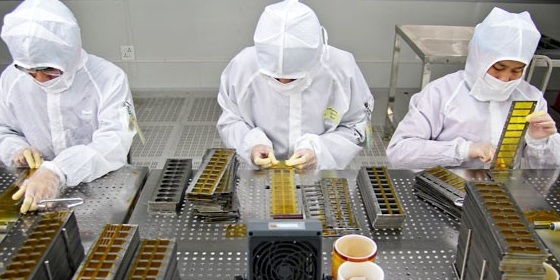 These guys are either making iPhones, or the worlds most confident ninjas.

Despite being the place where almost all consumer electronics come from. In China the iPhone is far too expensive for most citizens to afford. Which is probably why they have such a hard on for iPhone copies.

But there’s one thing those fakes apparently can’t emulate, that little message at the end of emails, which is where this company come in. For a monthly fee they will add the words, “Sent from my iPhone” to end of every message you send, or whatever the equivalent of that is in Cantonese.

This is Japanese, if you realized that, you passed our test. Of being a nerd.

Although there is a legitimate (albeit stupid) reason to do this, since it does give the illusion of owning an iPhone, the stupid part being that the person you message can never actually meet you.

The reason paying for it is kind of pointless is because we’re pretty sure that you could just, you know, put the words onto a notebook page and copy/paste them after every message you send, or type them out. It’s not like it’s a long sentence or anything.

The worst part though is that to get the service in the first place, users have to give out the password to their instant messenger profile. Although the fact the providers of the service don’t use this as an opportunity to add the phrase “I suck balls” to the end of every message says a lot about how mature they are over in China. Because that’s totally what we’d do.