Gadgets > Internet > Why Political Facebook Posts Could be Costing you Friends

Why Political Facebook Posts Could be Costing you Friends

With the dust of the VP debates just starting to settle, Facebook and Twitter have seen more arguments and misquoted facts than, well, a Presidential debate. But before you post that amusing image macro of Obama asking if he “can has healthcares” just realize that you could be committing social media suicide.

A recently released survey found that up to one fifth of people will straight up block, unfriend or delete your ass if you repeatedly post political posts, you’re probably thinking that that’s because they’re a filthy liberal who doesn’t agree with your awesome conservative ways (feel free to swap those examples depending on your political leanings). Well if you thought that you’d be dead wrong, ha, take that, commie. 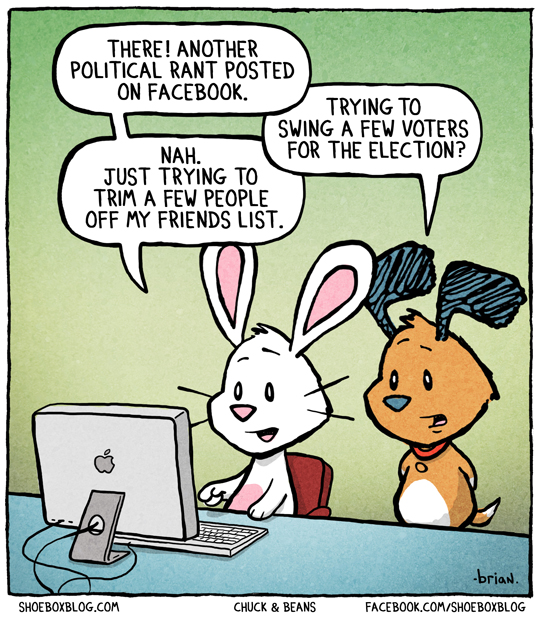 Nope, as it so happens, you’re equally as likely, if not more likely to be unfriended not for posting something someone disagrees with, but simply for posting all the fucking time. If you still want to post that link to the list of out of context Mitt Romney quotes, think of it this way. You may not care if people who disagree with your beliefs don’t want to be your friend, because fuck them, but even people who believe exactly the same things as you, will think nothing of drop kicking your ass out of their virtual space forever if you take the piss. 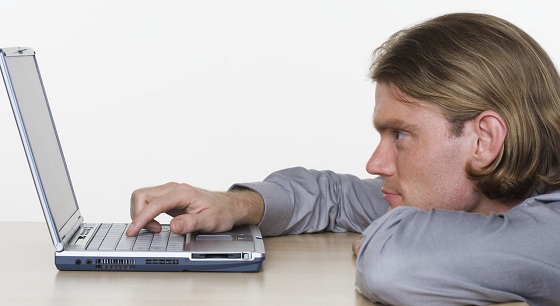 How am I supposed to jerk it to pictures of old men arguing? How?

Friends, co-workers and even family members openly admit they’ll unfriend someone for abusing the shit out of that “share on Facebook” button. Your mother may have to give you unconditional love, but that doesn’t mean she has to give you virtual friendship. So come on guys, we know the election is exciting and it’s important to all take an active role in politics, but give the political posts a rest eh? Post some cool stuff from Gunaxin instead. We guarantee that no one will unfriend you for posting too many pictures of beautiful women. Well, no one important any way.