Poor Sportsmanship In The Ivy League 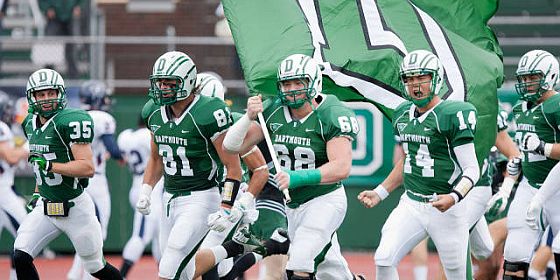 While the Ivy League is often portrayed in the media as being the last bastion of sportsmanship in college sports, it appears that Yale doesn’t agree.

When Dartmouth traveled to Yale a few weeks ago, carrying a 10 game losing streak to their hosts, they forgot to pack a kicking team. Yale, ever the classy institution, refused to lend them one, so Dartmouth made one out of a water bottle. Even with their MacGyver’d tee, Darthmouth went on to beat the favored Bulldogs 34-14.

Dartmouth was lucky that the game took place at Yale, as plastic water bottles are banned from their home campus.